Thirty Years After The Greatest Adventure... 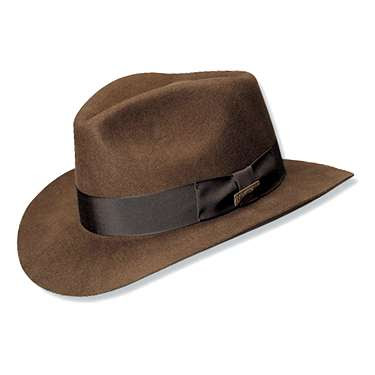 Thirty years ago today the world changed for me...

George Lucas and Steven Spielberg opened up a film that would define action for decades. It introduced one of the most iconic characters in the history of cinema: Indiana Jones.

"Raiders of the Lost Ark" was a film that I had no idea what to expect, or what it was about. I actually saw it earlier than opening night. Paramount Studios actually had test screening of it all across small town America a couple of weeks before it came out. My small town was one of those places where an advance screening took place. And I went. Not really knowing what to expect, I when as a little kid that loved the movies these two guys made and went in on that blind faith alone.

I came out blown away.

I actually stayed through the entire credit run; something I had never done before, but do quite often now. I left feeling as though Spielberg and Lucas had taking something from my mind and pulled it out and thrown it upon the screen. I can remember watching all that fun, all that action and saying to myself: "Wow, this is intense." After each one of the films action set pieces went on, I'd think that this must be it, the last one, no more action, no more story. This must be the end. But the story and action continued. It was a delightful roller coaster ride. I loved it. I went home and looked up the Ark of the Covenant, because I thought it was such a marvelous device. And I was surprised to find that it was real. So as well as entertaining me, it taught my ignorant mind a little unknown history.

Growing up in the lazy little suburbs of my quaint little city, there was little to do. I was a book reader, a comic reader and a movie-goer. I watched an ample amount of television consisting of a lot of escapist testosterone driven episodes of late 70's/early 80's cheese. One Sunday afternoon, I also happened to stumble on to a little PBS show entitled: "Super Serial Showcase." I watched it and marveled at the delight of these continuing adventures. How everything was fun and filled with action, great heroes and really nasty villains. I wondered to myself why Hollywood didn't make a movie like this. And then one day as I entered adolescence they did. They DID. For all their faults, for all the ranting I do here on Lucas or Spielberg, I have to give them my deepest respect and gratitude on this day.

For they opened another world to me... 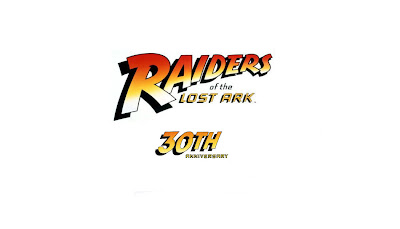 If Adventure has a name it must be Indiana Jones.

Yeah, I agree, it make me wonder what happened to Lucas and Spielberg in the later years? Success? Complacency?

The Indiana Joens movies are some of my favorite movies of all time. Though Temple of Doom is my personal favorite, I LOVE the original trilogy and could watch them all the time.

Indiana Jones is the greatest action hero ever crafted.

Spielberg, Lucas and Ford created one of the most iconic character's in cinema history 30 years ago and managed to dismantle him in a matter of two hours three years ago. KOTC belongs with Young Cindy. It happened in another time, place and dimension....

KOTCS and Young Cindy were only nightmares that Indy had from drinking the black blood of kali....

I love Indiana Jones too. In my opinion, Indiana Jones is better than the entire 6 movie Star Wars series. There's just something special about these movies that created cinematic perfection. If you wanna check out something entirely in the tradition of Indiana Jones in an entirely different medium, I suggest the Uncharted series on the Playstation 3. It wears its connection to Indiana Jones on its sleeve. It feels more Indiana Jones than most of the official video game adaptations of the character.

"Raiders of the Lost Ark" is a 1981 adventure action movie.I have seen this movie.And it is true,there is no other movie than this movie.
Skinny Fiber