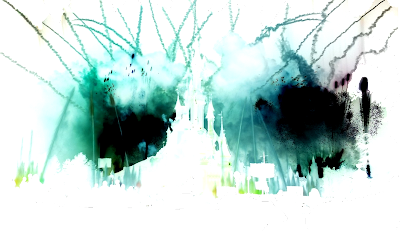 It's hard to believe it's been two decades since Euro Disneyland opened...

Disneyland Paris, which is what the park became is celebrating it's Twentieth year celebration throughout the year and has many things planned, but one of the most surprising is the water show that takes place in front of Le Chateau de la Belle au Bois Dormant at night time.

It's called Disney Dreams and it's very much like if you were to see an elaborate World of Color show on the castle.  It's a lovely show, combined with those interactive mouse ears it makes for a magical display.  If you'd like to learn more about it check out this NewsParcs article on the creation of the show.  It's filled with a lot of information about the preparation and detail that go into the development of a show like this.  This is part of the Mouse's celebrating it's growing presence in Europe.  Don't worry, they'll be some more special magic over the next few years.

There are a lot of interesting things happening in the Parisian parks over the next decade...
Posted by Honor Hunter at 12:49 PM

Yes, Dreams is a beautiful show- saw it in January. DLP needs some new attractions as the crowds were pretty bad. WDSP? Not worth a second visit yet.

I really hope that one of those "interesting things" will be hiring some staff. The skeleton crew at Disneyland Paris is the main thing that truly holds it back from the standards set by the American parks. You simply cannot offer Disney magic when your staff are overworked and therefore surly and disinterested.

Disneyland Paris always has that "going out of business" feel to it, no matter what profits the company reports.

I hope this means a blue Sky Buzz is on it's way about the resort soon.