A Change In Misdirection... 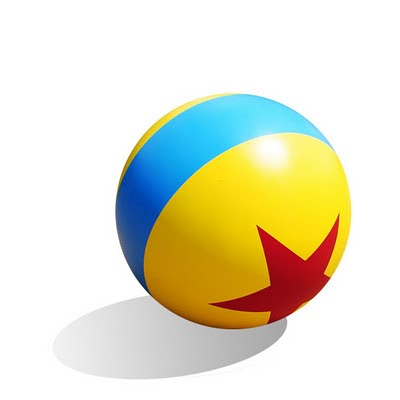 I've seen a lot of articles by people about the Lamp changing its strategy... But I don't think they're looking close enough at the very evidence that they're quoting. Some sites are reporting that Pixar is going to curb the output of sequels over the next few years. I can tell you that this is absolutely not so. But on the same note, they aren't increasing them either. How can this be? Simple. It's business as normal and for some reason a few reporters/writers/bloggers had misinferred a statement by Ed Catmull as a change in direction. It isn't. This is simply a statement of a business strategy that's been in place for some while now. Here's the statement from an interview at Buzzfeed:


For artistic reasons … it’s really important that we do an original film a year. Every once in a while, we get a film where we want or people want to see something continuing in that world — which is the rationale behind the sequel. They want those characters, which means we were successful with them. But if you keep doing that, then you aren’t doing original films.

We’re going to have an original film every year, then every other year have a sequel to something. That’s the rough idea.


Have you looked at the fourteen films that the Emeryville branch of Disney North has made?  How many original films?  How many sequels/prequels were there?  A lot of people want to think of John Lasseter's fertile garden as pure and pristine, without any hint of corporatism or desire for profits.  Wrong.  Only four years after their first film, "Toy Story" did a sequel come out.  "Toy Story 2" was the first sequel, but it was only their third film.  In other words, they had already planned a sequel by the beginning of production of their second film.  The difference between Pixar and other film studios is that they actually wanted to do films that had a story to them.  Lasseter and Catmull didn't want to churn out films for the sake of dollars, but wanted to have films worthy of those dollars the public spent.

Now, everyone is saying that they're going to slow down with the production of sequels.  There have been 14 Pixar films and four of them are sequels.  Now if you do the math it turns out that the number you come up with roughly is a little less than a third of films are sequels.  Now, look at where Catmull is talking about a new film once a year and a sequel every other year.  That would add up to ten new films in a decade, and five sequels in the same decade.  Out of fifteen films, that would mean a third would be sequels.  Does that seem like they're going to pull back on making sequels?  No, it looks like almost the same amount of new versus sequel films as what has been made over the past two decades.  It's simply a continuation of what has gone on for a while explained by one of the men responsible for it.  The only difference is that the production has ramped up to a film a year.

Now, I don't think this means we'll get an announcement of "The Incredibles 2" anytime in the near future.  When Brad Bird comes up with a story that he feels is worthy of making, he'll call up John and say let's make it.  And there is no way that Pixar wouldn't make the film if he had a story he wanted to film.  But we can look forward to seeing more adventures in the worlds Pixar created in the future.  See how simple that was?  A lot of smoke, no fire.  Pay no attention to these droids.  Nothing new to report here.

Move along, move along...

Well with Disney owning them, of course they're going to do a lot of sequels. Consumer Products has a big say in this. It doesn't matter what the critics say. Just at the sales of Cars merchandise and the success of Carsland as one example.

As long as they continue to have quality in the story-telling, whether it is a sequel or an original film seems irrelevant. And so far they've pulled off that story-telling brilliantly!

Yes, there will be more sequels, another Toy Story, another Cars, another Monsters, another Nemo...they will continue to churn them out. With Catmull retiring soon, I expect Disney will install new leadership more amenable to their corporate wishes.

Honor, you're wrong to say Pixar is not changing their business model. They are. Starting in 2015, they will be increasing their output to two films every other year (2015, 2017, 2019 etc) and one of those two will always be sequel to something.

Whereas before they would only release a single film a year and there wasn't a systematic plan when it came to the production of sequels. Now there is.

As long as those sequels are good, I don't mind. (definitely hoping for new Incredibles movie).. So 2015 we get Inside Out & Finding Dory.
That means in 2017 we'll get an original film and a sequel.

Actually, during the years prior to Disney's acquisition, Pixar wanted to do sequels, but Disney insisted on original content. Sequels were not to be included in the 5 picture deal Disney had with the studio. Once Pixar was part of Disney, that deal was over and the studio played catchup.

Finally someone that knows what is talking about! And it really bugs me when people say that Pixar's problems are their sequels, well... Brave's here to prove 'em wrong.

What Anonymous #2 said in his/her post IS really stupid and false.

Toy Story 2 & 3 were Pixar sequels that really worked. In fact they were as good, if not better, as the original.

John Lasseter has his hands on everything Disney. And since he is involved in Disney Feature Animation, Toon Studios, Imagineering, consumer products and video games, etc., his services might be spread a little thin.

Regarding Pixar in general, look up the Rotten Tomatoes Pixar graph.


The CNBC documentary of Pixar said that Disney pushed for Toy Story 2, they wanted to make it straight to DVD to make money. Lasseter famously was taking a break, but he thought that they had enough material to do a feature film. He had to come back to Pixar, after working long hours on the previous films and re-do Toy Story 2 in about a year. So, Blue Sky Disney got it wrong, Pixar didnt' ask to do Toy Story 2, and they had to re-do the film in a year. It became a hit and proved that sequels aren't worse.

Yes, Toy Story 2 was meant to be a DVD. They were supposed to be many straight to video presentations that Michael Eisner wanted. I didn't see Honor denying this, so I don't know what your point is. Lasseter came back and realized they had enough material to make it a actual feature he did. But it was Pixar's choice, not Disney's. You seem to be looking for an argument where there isn't one.

"What Anonymous #2 said in his/her post IS really stupid and false."

Actually, no---it's smart, and true. And Pixar only ONCE released "a picture a year." They're usually only a picture every year and a half to 2 years.

They'll make MANY more sequels, and more work will go overseas. Just like Dreamworks and Blue Sky and Sony and Illumination and Paramount, and Disney.

With Iger leaving 2015, and people like Ike Perlmutter (look him up) driving the board of directors, expect bigger changes in output and quality.

I think Blue Sky Disney made a little error: Pixar didn't plan a sequel for Toy Story three years before it came out. Disney wanted a straight to DVD sequel, as per wiki:

Disney initially envisioned the film as a direct-to-video sequel and Toy Story 2 began production in a building separated from Pixar and was much smaller scale, with most of the main Pixar staff working on A Bug's Life (1998). When story reels proved promising, Disney upgraded the film to theatrical release, but Pixar was unhappy with the film's quality. Lasseter and the story team re-developed the entire plot in one weekend. Although most Pixar features take years to develop, the established release date could not be moved and the production schedule for Toy Story 2 was compressed into nine months.

Note: Above rotated between late May/June and Nov releases.

Interesting; all of the Pixar sequels came out one year after the previous Pixar film.