Looks like Jeff Robinov isn't the only one leaving the Bunny...

For almost a decade Warner Bros. has had a production deal with Legendary Entertainment, the production company/mini-studio that makes massive pop-culture films that geeks/nerds love and the rest of the movie going public warm up to.

But as we reported last year, that agreement is about to end.  And it looks like they're either playing a massive bluff, or they are going to pack their bags and go elsewhere.  Thomas Tull had gradiose plans for his company from the beginning and they've only gotten bigger.  From just wanting to make cool, fun entertainment, to television to now, digital media and comic books, Tull wants to turn the company into a true entertainment company.  Almost a studio of its own.  I think his ultimate goal is to eventually turn Legendary into its own studio.  While partnering with one of the big six studios might be his stated plan, his ultimate desire is to become one of the big boys.

Currently, Legendary Entertainment is currently in negotiations with four different studios about securing a much more financially attractive deal than what Warner currently is offering.  It looks like the studio under its new suit, CEO Kevin Tsujihara. is much less willing to share the profits as it's shared the financial burden over the past decade.  It seems to see all the profits coming in from its films, particularly superhero films, and wants a larger, if not all of the profits.  Perfectly fine from a business standpoint.  But from a creative perspective, Legendary has provided a lot of the studios top draw when it comes to development.  Warner Bros. is going to have to show they can step up and fill the shoes of the creatives at Legendary.  Over the past decade, they've been more than willing to just handle the bean counting part of that job.  We'll have to see if they hold their own once Legend goes, if they do go. 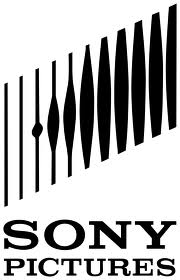 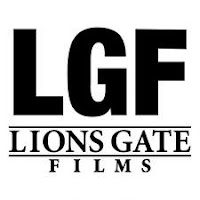 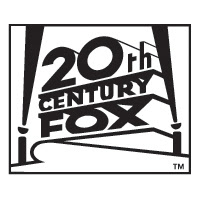 The four companies Tull is in negotiations with are Sony Pictures, Fox, Lionsgate and Universal.  From what is heard through the grapevine, Universal is the studio with the inside advantage as it likes the content that Legendary has been coming up with and looks to exploit it with a deal that includes attractions in its global theme parks.  But don't count out the smalls studio Lionsgate as it wants to be a bigger player.  So far, the Mouse has expressed no interest in a deal with Legendary, which I believe would be ideal for content, along with their previous relationship with Walt Disney Studios chairman, Alan Horn.  He knows how to deal with them and has a good working relationship with them.  They could be making films across the spectrum of Disney entertainment, from the live-action Walt Disney Studios moniker to the live-action adult fare of Touchstone.  Since Touchstone has been set aside for the distribution of Steven Spielberg's DreamWorks Studios slate of six films a year, it could use the shuttered moniker of Hollywood Pictures as a shingle for the films Legendary has planned. 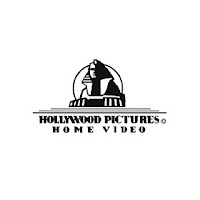 But that's just me sprinkling pixie dust on dreams.  Dreams do come true, but not always.  Sometimes these things turn out to be wishes.  And right now Thomas Tull has some pretty big wishes.

I'm just hoping he rubs on a certain Lamp for those wishes...
Posted by Honor Hunter at 11:11 AM

Sadly, Disney and Paramount both respectfully declined to make an offer to Tull.

Yes, Disney is one of the few companies now that completely finances themselves and doesn't use partners. Unlike, in the 80s and early 90s when they did under Eisner.

May want to review your research notes. WB gave Legendary the right to pick which movies they co-financed. Only recently did Legendary begin producing in-house, such upcoming films as 42, Pacific Rim, Godzilla, the sequel 300: Rise of an Empire and in development Seventh Son, Warcraft, As Above So Below and Spectral.

Again, they co-financed WB's DC comics films among others. Thus, they do not own and/or control WB IP.

I don't know what you mean.

I never said they owned the properties, only that they helped finance them. They also had a lot of involvement in the creative structure. I wonder what the suits will do with the recent exit of leadership.

Hope that clears up any confusion.

"But from a creative perspective, Legendary has provided a lot of the studios top draw when it comes to development. Warner Bros. is going to have to show they can step up and fill the shoes of the creatives at Legendary. Over the past decade, they've been more than willing to just handle the bean counting part of that job. We'll have to see if they hold their own once Legend goes, if they do go."

The above gives the impression Legendary "provided a lot of the studios top draw". That leaves the reader to assume Legendary developed Batman, Man of Steel, not to mention the other films they only co-financed.

To be honest, that's what lead to the tension with Lengendary. Robinov was instructed to keep Legendary out of development and marketing decisions. And he did his best to do so.

That said, you have a GREAT blog!

Thanks for the compliment...

Sorry for the confusion, they are heavily involved, and I know about Robinov's tangles with Tull, but I was simply referring to their involvement. I didn't mean to imply ownership. Although the titles that they have generated my Pacific Rim and others are in the same vein of pop-culture entertainment.

Thanks again for the kind words…

Kevin Tsujihara's moves at Warner Bros. reminds me of Michael Eisner and his reign at Disney after Frank Wells died: complete power and control of everything. And stomping on everyone on the way.

I'm sure a lot of talent will follow Robinov where ever he ends up. Ben Affleck, Chris Nolan, to mention a few.

Disney already has plenty on their plate to work with via Star Wars, Marvel, Pixar, Touchstone, along their own in-house productions under the banner of Disney. Adding yet another, may be a bit much to chew.