The future is legendary... 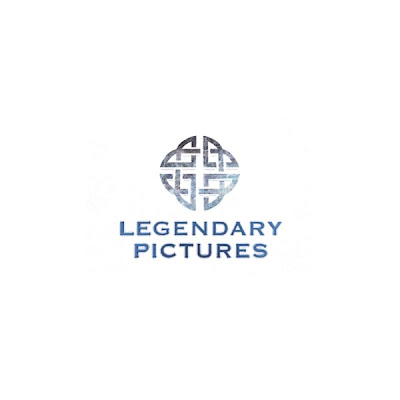 If ever there was a studio that was filled with the DNA of geeks, it's a little company that was started back in 2004...

If you look at all the studios, from Walt Disney Pictures, Paramount Pictures, Universal Pictures, Columbia Pictures/Tristar Pictures, Warner Bros., etc., they all make movies we love, and movies we would never go see. Sure, Disney might make "Pirates of the Caribbean: PLACE TITLE HERE," or "TR3N," but there will still be several melodramatic boring films that most of us will turn our nose at. Warner Bros. may have had "Harry Potter," or soon the "Justice League," but they'll also trot out something worthy of an Oscar for the art and croissant crowd that will make most of us yawn. Sony will make "Men In Black 4: WE GOT MORE ALIENS MAN!," but several films staring a bunch of crusty actors quoting dialogue for the award season accolades will follow. No studio has a line up of films that bats a thousand at making geeks drool: except one.

Yes, I know that they have a deal with Warner Bros. to co-finance productions, and they let them handle their distributions, but someday, if they keep having success, maybe they'll do that for themselves. And it would be Warner's loss because they generate the majority of things that many moviegoers want to see from them (especially with Alan Horn now head of Walt Disney Pictures). At least as far as we geeks are concerned. Not everything was great, or successful, but they tend to take on projects that make your eye browse raise. They tend to go after what we like, what we want. They don't always strike gold, but they continually mine for it. Just look at what they have made:

Where the Wild Things Are

Clash of the Titans

Wraith of the Titans

Impressive list. Naturally, for all these there are duds or bombs like "10,000 BC," "The Ant Bully" or "Jonah Hex." But they do try hard to make films that will interest you, not bore you. Founder, Thomas Tully is the embodiment of a geek with business sensibilities. And even when they make a stinking pile of poo like "Sucker Punch," they bounce back. Even when they produce a misfire like "Superman Returns" they're willing to go at the source material again with "Man of Steel."

And they're working on quite a few films that we have to look forward to over the next few years. Next year alone we have "Pacific Rim," "Jack the Giant Killer," and Zach Snyder's reboot of the Last Son of Krypton. Projects that they've got in development are "Godzilla," the 300 sequel, and an adaption of the fantasy role playing game "Warcraft" in the near future. These are the kind of films that geeks pay close attention to. These are projects of love for us. And they apparently seem to be works of love to the Suits at Legendary as well. They've even started a literary/comic book print to start generating material internally instead of just using licensed characters/stories. Their offices look like something you'd find as the headquarters of Comic-Con.

As I said earlier, I wonder if someday they'll have enough money and capital to totally self finance their films sans Warner? Perhaps build their own studio the way DreamWorks originally intended? That part is not likely in the current economic environment, but moving out on their own could happen if their batting average stays high or goes up further. We benefit from their desire to make more of these films. It's the fertile soil that we like to wallow in, and they're good at making it. Their seven year/40 picture deal expires this year (24 have only been made so far), so we don't know what the future holds for their deal with Warner, but it's likely the Warner Suits want to continue this profitable relationship. No matter who they partner with (maybe Disney perhaps?), the list of films that Legendary makes will continue to make geeks the world over line up to get a ticket. And buy them.

And that is the bottom line anyway...
Posted by Honor Hunter at 9:12 AM

Whoo boy, jonah hex was truly awful. No wonder, the "director" jimmy hayward is a terrible storyteller and director, and couldn't make a film worth watching to save his life. What a hack.

Jonah Hex is a great character. Just watch the animated short they made of him. The problem is they stepped far away from the core of the character and lost sight of where to take the film.

Meh--as a "character" he's one dimensional. But that's still one more than jimmy hayward gave him.

All the characters that Legendary has or will bring to the screen and you fanboys focus on Jonah Hex???

Really? I've been hearing that for over a decade and it's only increased. It sounds more like this is your wish than the reality of the situation.

But 99% of them have, and will continue to flop and studios will be less enamoured of making them. Thank goodness.

Through Alan Horn, is there any chance that Disney could get the theme park rights to The Lord of the Rings and The Hobbit? I know they were after them.

Funny cuz they have been making comic book movies non-stop since '89 Batman.