Have your peoples call my peoples... 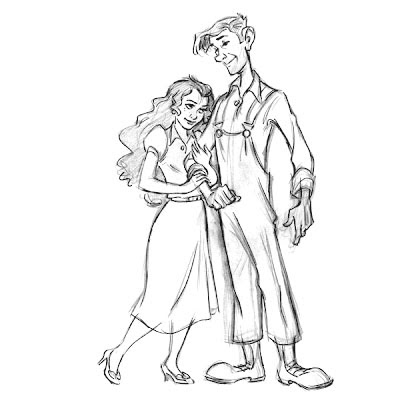 The vaults of Walt Disney Animation Studios are filled with projects never made...

Some good, some bad, a few great. All unmade, unanimated, unproduced. Dreams unfulfilled. That's the story of animation tales as many a project will find life, have it taken away from it, and sometimes be born again.

Such is the case with Josh Armstrong's excellent Animated View article on a shelved Barry Cook project known as "My Peoples" that was to have been one the Mouse's animated films in the middle of the last decade. But times change, Suits change and ultimately studios as well. This was in the dreaded "2D is Dead" period of Michael Eisner. And with the success of Pixar, the limited thinking of Suits in Burbank took a toll on many projects.

This was one of the really promising ones.
Posted by Honor Hunter at 4:44 PM