Will his idea be followed in the sequel, Paradise... 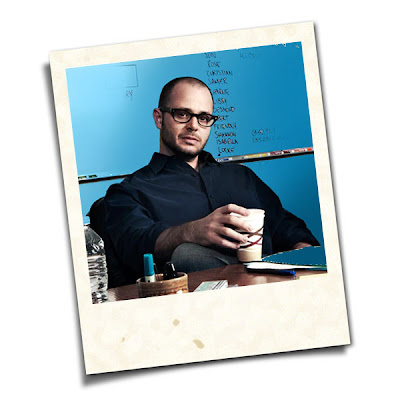 He is a screenwriter with many plates spinning in the air. From the controversial ending of "Lost" to the discussions that have surrounded the story of "Prometheus," he's taken the brunt of the criticism and graciously limited his credit in the story.

There's a great interview he did with the Wall Street Journal's Speakeasy Blog that addresses much of what he's done, and how he deals with social media - both the upside and downside.

Blue Sky Disney has spend a fair amount of digital ink talking about Ridley Scott's latest film, but there's nothing that says the debate has to be over/ended. At the very least, this could be an exclamation point on the subject.

Until the Blu-Ray is released, of course...

What do you mean by "graciously limited his credit in the story?" Credit is determined by WGA arbitration. There is no grace when it comes to credits as usually there is a ton of money difference between shared and sole credit. If the credit is shared that's because the arbitration panel, who read all drafts, determined that both writers contributed enough to merit credit.

I think Honor isn't talking screen credit. He's talking about taking credit for an idea, or the many ideas that were put in the script. Did you read the article?