Dealing With The Past...

Hugh Jackman and Michael Fassbender together... 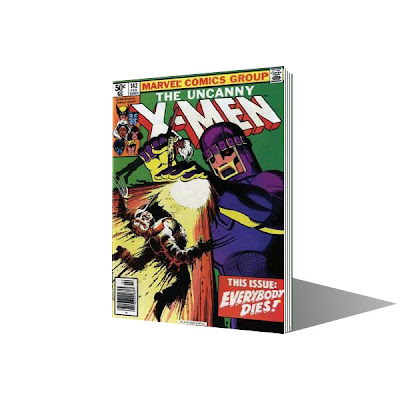 There are more, and better reasons for using the story "Days of Future Past" than just it being a great story...

Structural story/character problems that deal with the original three films can be addressed. This would make it so that altering the future would create changes in the story that could justify taking a different path, freeing screenwriters from dealing the original stories. The same way that "Star Trek" used time travel to deal with the ability to go off in other directions and violate canon will be used here.

And now we have confirmation.

Brian Singer did an interview with IGN and revealed that the story is titled: "X-Men: Days of Future Past," and it will be loosely based on the 2-part comic story set in the "Uncanny X-Men" that was part of the legendary run of Chris Claremont and John Byrne. But the great news he mentions is that there may be other characters returning from the Singer-verse. So we may see Cyclops, Jean Grey and hopefully, just hopefully, Wolverine. Can you imagine seeing Hugh Jackman going after a Sentinel under Matthew Vaughn's direction?

Simon Kinberg is currently tasked with taking this story and making it work within the 60's framework of the new X-Men films. Of course it won't be an exact story as the original tale is told from Kitty Pryde's point of view, and they'll have to adjust the narrative.

Oh, the opportunities that could exist...
Posted by Honor Hunter at 3:32 PM