If this isn't good, Feige will be blacklisted... 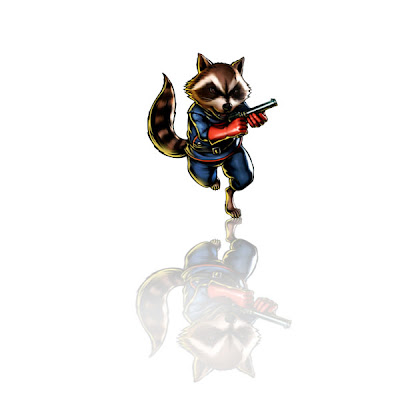 So Marvel's newest film gets a new writer...

The original draft of Marvel's "Guardians of the Galaxy" was by Nicole Perlman, who has written a few stories about space, but being as GOTG has a lot of humor in it, the Marvel Suits intent for a draft by someone with those talents.

Enter Chris McCoy, a talented screenwriter with a known ability to instill his prose with wit and quirky humor. He's been on Hollywood's Black List three times over the past five years, and that's saying something. Although none of his projects have made it to the screen, his work is highly in demand, and it appears that his take on the superhero group will be the first credit to make it to the silver screen.

Kevin Feige knows his source material and he and the inner circle at Marvel tend to have a great knack for finding the right people to translate it to film. Hiring someone like McCoy shows that they're willing to look in alternate areas for talent to tell their tales.

Now they just have to find the right director...
Posted by Honor Hunter at 7:02 AM