Your expectations are going to be wrecked... 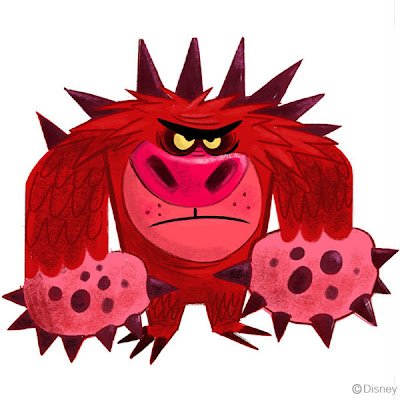 With each passing day, more and more info comes out about the Mouse's latest film...

Animated film, I mean. It's hard to believe that it's only a few more months before it comes out. Disney's marketing has been having press events, like the one that was held the other day and giving media some small bits of info about the project. This is where they screened that "Paperman" short I was telling you about. And everyone that saw it, loved it. Just go ahead and give it the Oscar for best animated short. It has it in the bag.

The guys from /Film were at the event and gave us a nice nugget to think over entitled: "50 Things You Didn't Know About Wreck-It Ralph." It's fun and informative so take a look at the article. And get ready for this to be the first year in a while that the Disney film actually beats the Pixar film when the box office is counted.

Paperman is a fine little cartoon, but it was better when it was a live action short called Signs (which paperman copied)

I've seen paper man. It's just not that original.

That's a bold statement Honor. You do know that Brave still made $234 million at the box office in North America alone right?

Only three films in the Disney animated canon have ever crossed the 200 million dollar mark, unadjusted of course:

I'm guessing Wreck-It Ralph will top out at around 200 million, maybe a little bit less, then do another 150 million overseas making it profitable but don't get too confident there buddy. It has no appeal to foreign countries. It's a very north American film.

Now I remember why I stopped reading this blog: it's the ridiculous claims of success when neither Disney or Pixar have even earned them yet.