What you call magic and science, for us are one in the same... 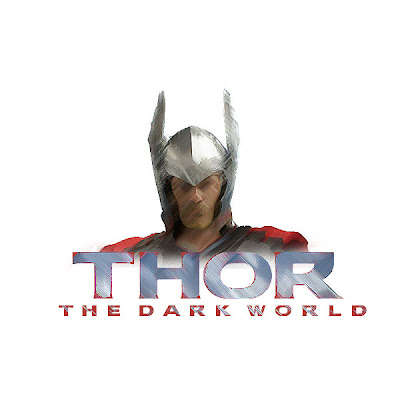 With the recent announcements of casting on the God of Thunder sequel, the story is finally, unintentionally being unwrapped...

Just thinking out loud here. Not that everything is going to happen, but when you look at a map you tend to have an idea as to where something is headed. The characters involved in the film tend to give you a hint as to where the story takes you. Adewale Akinnuoye-Agbaje being cast as Algrim, a powerful Dark Elf that eventually becomes the character Kurse, kind of tells you what will happen. Let us explore the possibilities, shall we?

Malekith manipulates Algrim into fighting Thor, and ultimately becomes a character called Kurse, but in the end he realizes that his real enemy is Malekith. I won't bring into this equation that the Beyonder turns him into Kurse, since that would mean he would be in this sequel - I doubt that will happen.

But with recent news that Kat Dennings will be returning along with Natalie Portman, we know that some part of the real world will make it into this film. So what you can imagine is Portman and Kat's characters will probably get drawn into another realm: the Dark World, the world of the Dark Elves, known as Svartálfar.

This will likely be some trick that Malekith is using to capture Thor. His weakness for humans, and for Jane Foster specifically is the reason she's used for bait. Algrim will be used as a tool to kill Thor and at some point he'll be turned into Kurse to help finish his mission. And as always, Malekith will likely be trying to either take control of his world, or less likely Asgard. To do this, he's going to need some form of power (Casket of Ancient Winters, anyone?) and naturally, someone will be there to give him the tool to achieve his goal. Of course, there will be a price for that power. That price is the death of Thor. Now who would want that? Loki, naturally.

Is this right? Could this be the plot line for the script for "Thor: The Dark World"? Probably. But until we see a trailer it's all speculation and theory. But based on the casting, it has some merit. Each day a page turns, each month another chapter is revealed. And slowly, this dark world gets a little lighter. Now, this brings into speculation another part of Marvel's Nordic mythology that one wonders could be part of this film. Will this story lead up to Surtur for the third film, because that would be truly epic.

And we won't know for sure until the credits roll...

Seems about right, thing is, Malekith stealing the casket of ancient winters was the plot of an episode of that Avengers: earth's mightiest heroes animated series, I believe. Plot sounds about right, but I'd only be puzzled if they go for the casket part.