Imax Jones And The Theater Of Lost Arts... 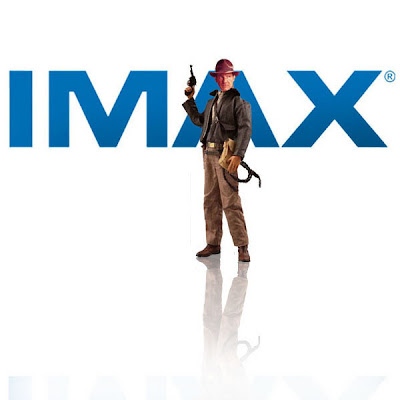 If big films have a name, it must be IMAX...

And next month to celebrate the release of all the Indiana Jones films on Blu-Ray, Lucasfilm is going to have a one week release in IMAX theaters of the greatest movie of all time. At least, according to me. It's my favorite film and the most out of body experience I ever had while watching a film. Now Lucasfilm and IMAX have released a trailer for the film.

From September 7th to September 13th you'll be able to experience Henry Jones Jr.'s first adventure like never before. IMAX 70 mm is a beautiful experience and if you've never seen it, this is a great way to experience it. Click here if you'd like to see it when the limited release happens.

Man in the Hat on the Big Screen...

A poster for the IMAX showing has been released. 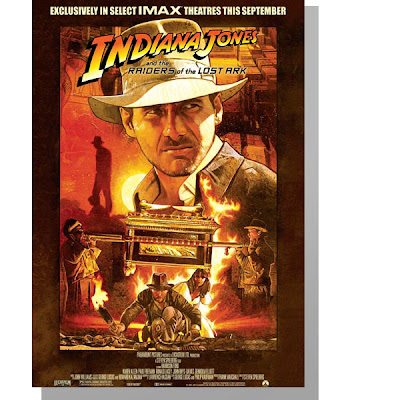 Hmmm. "70mm IMAX". One of the theaters listed is the Burbank AMC 16. I had a conversation with an employee there that said that that complex was "all digital". Is it possible that they still have a 70mm projector? Perhaps.

But I wonder if this is another "lieMAX" presentation? (ie, not 'true', large-format IMAX projection)?

Nice. I like how you cropped off the bluray snipe from the bottom of the poster.

I believe amc theaters will be showing all 4 films (should be 3) in a day. Still watching Raiders in IMAX though!

RAIDERS will only be shown in IMAX Digital theatres. No 15/70 prints will be made for this release. Please check the IMAX website for verification.