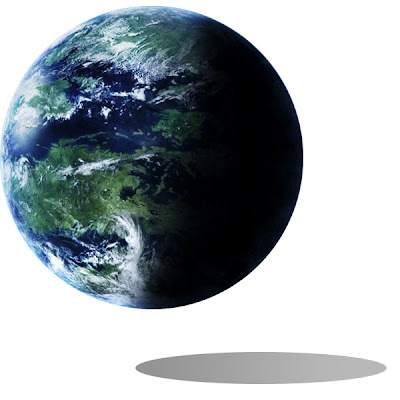 It marks an interesting turning point for Disney's Animal Kingdom this week...

Because it's the start of researching the feasibility of the massive mini-park that they plan on constructing there. My Bothans told me that the design phase of the project has settled to the point where they have a general idea of what will come of this blue sky period.

So what may we find on the fifth moon of the gas giant Polyphemus?

Well the land will be Big, very BIG. It'll be approximately 10-12 acres (Example: Cars Land = 12 acres) and will be filled with distinctive horticultural differences from the surrounding areas of the park to realize that you've left the earth for something special.

There will be at least three attractions (rides) in the land with plenty of places to eat exotic, foreign foods and shop for strange, alien merchandise. Of those attractions, at least one will involve a flight simulator technology that will be heavily modified from the ones used for "Soarin' Over California."

Cameron has been very helpful in detailing what makes up the planet and how it ecologically can be explained to guests. He's let them pour over the extensive notes and even given them a peek at what is to come in the sequels. The Imagineers are unsure yet if anything from the sequels will make it into the first phase of this land. That's right, I said first phase. If it's successful then they have talked about the ability to expand the area within three to five years for additional attractions, shows and entertainment.

The name of the area will not be "Avatar" as some have mistakenly thought it would be. The three prime names that are being bandied about are: Pandora, The World of Pandora, and Pandora: The World of Avatar. The last one is what most think will be the final name, but nothing is certain yet.

Those of you that are disappointed that the Beastly Kingdom concept wasn't used will know that there are those at DAK that would like to revive it. Many believe that if this is successful it may pave the way for bringing back a variation of it sometime in the next decade. While it wouldn't be exactly the same, it would still fill the fantasy requirement that was originally set up by WDI when they pitched the park: A park celebrating animal life - real animals (the zoo part), extinct animals (dinosaurs) and mythical animals (fantasy animals). While some don't like the Avatar concept, it does fall under the branch of mythical animals, although it's more of a sci-fi branch than a fantasy one. Nevertheless, Imagineers still feel that someday they'll be able to bring the fantasy part of this park to life and have the mythical land be split into a fantasy and a sci-fi element.

But either way, this park will look worlds different (and better) right after the middle of this decade...
Posted by Honor Hunter at 12:56 PM

Is there any chance at all that this project might still stall out and be shelved? My fingers remain crossed.

Dates? Do you have an idea of WHEN the phase(s) may be complete?

Now, Animal Kingdom could have another component - SciFi creatures. If it helps revive the concept of the Beastly Kingdom, so be it. If it helps make Animal Kingdom an all day park so be it. I was disappointed to see that part of Animal Kingdom dropped due to Eisner's budget cuts. There is plenty of land for expansion, so there is no problem here. Considering what Universal is doing down the road, Disney must keep updating and improving their operation. Maybe we will even see a revival of the original Tiger River Expedition ride which was suppose to be like the Kilimanjaro Safaris Expedition, except by boat. All we have now is a small Kali River Rapids ride once again due to Eisner's budget cuts.

Why would you want this project canceled in view of what it can do for WDW itself? The idea of attraction purity is done extremely well at Disney in each of the parks, even at Hollywood Studios, the park in need of the most help. We have to compete with Universal. Dollars need to come to WDW to keep it running. Demand and Supply.

Well he said middle of the decade. That means 2015or 2016 which sounds about right if nothing goes wrong.

I felt the land should have a Mother Tree as shown the movie. Screamscape indicated there is technology to allow for interactive plants. The flying simulator is expected, but what about riding a dragon? Nothing is mentioned about becoming an Avatar. In the discontinued Borg attraction at the formerly Star Trek Adventure in Las Vegas, you experienced an assimulation. This was a terrific ride. I can see a new Avatar version that does the same thing and perhaps more.

Will the 12 acres come with kiddie dragon spinners? I can only hope.

This was a good report. I'm excited about it now.

As for why I'd want the project canceled, I just don't have any faith in the IP itself. Avatar, frankly, wasn't a very good film. It's also the first installment of a trilogy. What's to guarantee that the next two will be any good? Remember The Matrix? Nobody would have guessed that that franchise would flush itself down the toilet, but it did just that. Imagine if a theme park had been in the works for that one. And that first movie was better written than Avatar!

More importantly, this partnership seems like it was dreamed up solely in the Accounting department. I don't think Imagineering would have put Avatar in their top 20 franchises, to be honest with you. Disney can do better on its own.

Avatar was a dull preachy film whose success was based solely on eye candy. It would take a cement-headed bean-counter like Robert Iger to think it would make a good addition to a DISNEY park. He fully expected the public to go into ecstasy over this "Potter-swatter"; instead, the general reaction was: "Huh?" It was a bad idea to begin with and no amount of scrims and ride simulation will make it a better one. Oh, it'll do great things for WDW? In what way? It'll spend millions on a flash-in-the-pan movie series that hasn't proven itself and has no memorable characters or storyline to guarantee its longevity (as opposed to Potter). Avatarland is a pathetic example of a no-talent CEO pandering (Pandoring?) to a very limited fanbase in the mistaken belief that it's widespread. It isn't. BRING BACK BEASTLY KINGDOMME!!! Be original, Disney, for god's sake, like you used to be!

Avatar was a bad movie??? Are you the same people who are are giggling and squealing over Carsland and those "masterpiece" Cars films???

"Cars" had multi-generational appeal. Not so with Avatar. If you disagree, check out how many toys that movie has sold and get back with me.

You put "masterpiece" in quotes as if anyone has ever called those movies masterpieces.

And yes, Avatar was a bad movie--one that happened to make a ton of money. If this keeps up, maybe one day the Studios will see a Two And A Half Menland expansion!

Ugh, I hope Disney comes to their senses, cancels Avatar Land, and never, ever speaks of it again. That film was garbage...

I disagree about Avatar being a bad movie. If it was then how do you account for the huge box office? You know that the sequel will produce tons of money and if it is done correctly, a third will cement the fame of this movie. I also disagree with you about Matrix. The idea behind it was loosely based upon the 1980's Superman (Matrix)

Aside for that some have said why put money into a film that may not have lasting fame. Think about this - there is only one Snow White by Disney. It is unique is standing the test of time. You can not say what the future will do for Avatar. A land in the AK that can immerse you into the world of Pandora could have an impact upon the visitors to WDW, and yes we do need to be concerned about bringing $$$$$ into Disney.

Would the Beastly Kingdom have done that? A dueling dragon coaster, a maze to find a unicorn and a boat ride among mythological characters???? This concept, instead of being dropped, needs to be improved and added, if Pandora brings the customers to the AK.

One last point, Disney was not willing to give the people behind Potter the control they wanted. Universal gained a super product. Avatar is a strong product. Iger was not going to let it go. He did not let Pixar go. He went after Marvel. Iger had just become CEO when the Potter negotiations fell apart with Disney. He has pushed Shanghai Disneyland, increased the size of Hong Kong Disney. Like it or not, he is doing the job. Avatar will prove to be a gamble, but a smart and justifible one.

"I disagree about Avatar being a bad movie. If it was then how do you account for the huge box office?"

One thing's got nothing to do with the other. Who's your favorite Avatar character? Do you ever see kids playing Avatar, saying "I'm Jake!" "I'm Neytiri!"? Lemme answer for you: Nope, you don't.

"You know that the sequel will produce tons of money"

"and if it is done correctly, a third will cement the fame of this movie."

That's a whole lot of presuming.

"I also disagree with you about Matrix. The idea behind it was loosely based upon the 1980's Superman (Matrix)"

I'm not sure what you're disagreeing with. I'm using The Matrix as an example of a wildly successful (and pretty good!) first movie that tanked horribly with its second and third installments.

I hope this project eventually goes nowhere. There are so many mythical creatures they could use from various real cultures. There is no need to pull mythical creatures from a flash in the pan, mythical movie to create a land. Even if this new are is a hit initially, it will become extremely dated quickly (if not before launch even). So many resources and dollars being wasted on this. It's a shame.

Avatar was one of the worst movies ever, besides it would clash with Animal Kingdom. Plus, I am tired of seeing Disney use films that have nothing to do with Disney. Disney needs to get back to being original.