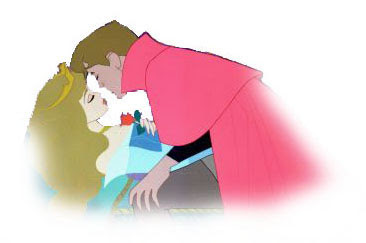 Lots of exciting things are happening to Europe's Disneyland...

The fifteenth anniversary of the Resort is going great for Disney and its millions of visitors. In fact, the Disneyland Paris Resort finally seems to be moving out of the shadow of financial troubles... Even in bad times the Resort has always been European's favorite vacation destination and the numbers have always showed it. Despite Michael Eisner's desire to build more hotels than he can fill the resort has always had great turnout for the parks... but most would usually go home at the end of the day since DLP was so close to Paris or other(read: cheaper) hotels. While Disneyland in Anaheim seems to have the highest occupancy rates, the hotels in France are starting to fill enough beds to make the accountants a little less worried. Possibly happy, even.

Before we begin, remember that we're in the early stages of these proposals and what is being proposed will not nesarrily be what the resort winds up with. All these plans have to be assembled into cohesive packages that will get presented to Iger and the Board either late this year or sometime in the first half of 2008. With that out of the way...

The blue sky plans that WDI is putting together involve proposals for several additional venues to the Disney Village near the end of the decade. Walt Disney Creative Entertainment is hard at work on numerous proposals involving the resort and parks that should be ready for Iger to mull over early next year. There seems to be an emphasis on making the Disney Village and the surrounding area as much of an entertainment magnet at the actual parks themselves.

While no new hotels are planned there are several proposals, all in early stages of course, for Disneyland Paris to get its own DVC units. There are even proposals planned for DVC units in other parts of Europe, but that's a different story for another day(stay tuned for posts on that!). Don't expect to see any of these until the end of this decade at the earliest... although one Bothan expects the openings to correspond to the 20th anniversary if plans go well and the European economy doesn't tank.

With things looking brighter for EuroDisney, the company that runs the resort, you would think plans would go forward concerning a third gate, right? Wrong. There have been various proposals that the Mouse has entertained putting in it's parks, but Paris isn't one of them. This doesn't mean that DLPR will never get a third gate... it just means that the Resort will have to mature over the next decade before we can expect any proposals to make it from the Glendale Kingdom to a presentation room for Iger to see. Should the Resort keep growing and the dept be paid down you can expect blue sky plans to heat up in the early part of the next decade. So realistically you can expect any new gate to not show up any earlier than DLPR's 25th. More realistically it would be between that and the 30th.

Now, about those parks... 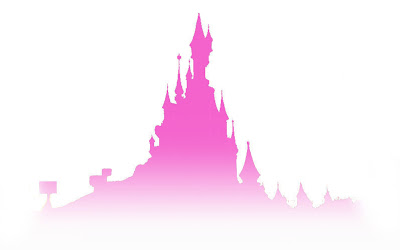 First, as always... let me state my bias. I love the look of Disneyland Paris. Disneyland Paris is lovely... truly lovely. The detail is incredible and all the little extras that the Imagineers are a wonderful find for any Disney Geek that knows where to find them. It also is home to my favorite Disney castle. Now that we have that statement out of the way... All the "plussed" areas have really helped put the shine back on areas like Main Street that were starting to look a little worn. As we said before, the proposals for DLP are not as grand as the ones Uncle John, Iger and the others have planned for DCA, but truthfully they're not really needed as much. The theming of DLP is light years ahead of DCA. The plans for the Park are to add layers and elaborate on what is already there. The problem with DCA has always been the opposite.

There is a proposal for an "E" Ticket that involves a classic Disney character that could make it into the Park by the end of the decade. Adventureland and Tomorrowland's proposals will involve major attractions that will likely turn into a "D" Ticket. The plans right now involve several characters from Pixar's stable. This ride is still in the early stages and is not ready for presentation so the plans will not likely start to gel until next year sometime.

There are plans for adding "C" Tickets sprinkled throughout the area. By this time next year these will have narrowed to a possible two "C" Tickets from the lists so far. At least one will make to the final stages by the end of the decade, possibly both if the guest keep passing through the turnstiles. Any plans wouldn't be announced until after the 15th anniversary is over. So we can look forward to an construction of these projects to happen sometime in late 2008/early 2009.

The Pirate craze could still make the final cut as there are plans to propose a Pirate theming to be extended through Adventureland if the plans for a fourth Pirate film come to fruition. That film would not likely happen before 2010 or more likely 2011(there comes that year again). 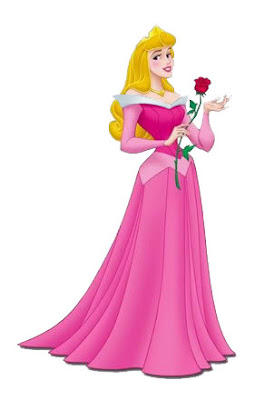 Should the spike in attendance continue, we can look forward to a wonderful period of growth in the Gallic Kingdom of Disney. These plans would wind down after several projects were done sometime around 2012-13... ironically, just in time for it's 20th anniversary. Coincidence? One never knows... but if we don't have some form of depression happen in Western Europe the planned phases that could happen over the next five years could make DLP even lovelier. 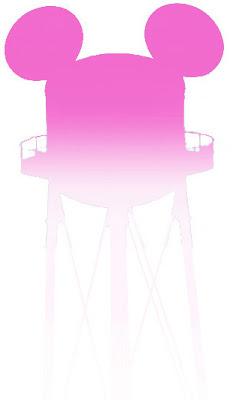 The park has seen a sizable increase in attendance for the 15th and this is a very, very good thing. Let's just say the Suits are happy and the Imagineers are eager to show what they can do to make this quarter-day park, a full day park. They're not in the approval phase yet, but several blue sky projects are underway. Come 2012/13 the front of the resort will not be as bland as what we see now... a "Plussed", more period styling could be overlaid to the existing entrance giving it a borrowed sense of the Hollywood that never was. The expansion of the Park will also give the area a center that it definitely doesn't have right now.

A version of the Great Movie Ride could be playing in the new expansion area by then, but it's not certain if the iconic front entrance will look like Grumman's Chinese Theater or another stylized form of Tinsel Town magic. There are plans for at least two new "E" Tickets to be put in WDSP by the tenth anniversary if all goes well... you can bet that one of the proposals for an "E" Ticket ride involves a certain Parisian Rat as well. He's a big hit in the Gallic nation right now and the Mouse is keen on exploiting the Rat. The other attraction has not been decided on but the ride will definitely be a Disney property as opposed to another of the Lamp's creations. Expect the rides to be lavished in much more layered theming than the attractions that premiered when the Park opened. Sprinkled around these areas would be a collection of "C" and "D" Tickets... at least one "D" and likely two "C" tickets could make the cut. There is plent of room for expansion at WDSP and not all of it will be done by 2012/13, but by then guests will be walking through the gates of a park they should have gotten a decade earlier. 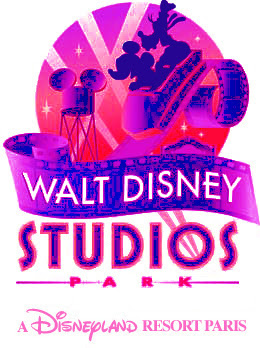 Also, WDCE is working on two shows that will most likely show up by the end of the decade, giving the Studio a great deal of live entertainment for guest to enjoy. Giving guest a reason to stay in the Park and spend more of those hard earned Euros is a top goal of Iger and his European team. They realize that WDSP, like HKDL was built way too small and hope to not make the same mistakes of the last regime. Another example of the refreshing difference a couple years and a new management team can make when examining the Mouse.

That's it for this update. Stay tuned for future Blue Sky Alerts later in the month. The Bothans are excited about what is happening but nervous because of the NDA's everyone is forced to sign. Imagineers are in a very upbeat mood right now... and they want Disney Geeks to know about it. They just don't want to get fired in the process... stay patient, calm and expect better... not the worst, my friends. This is a new era we're in. 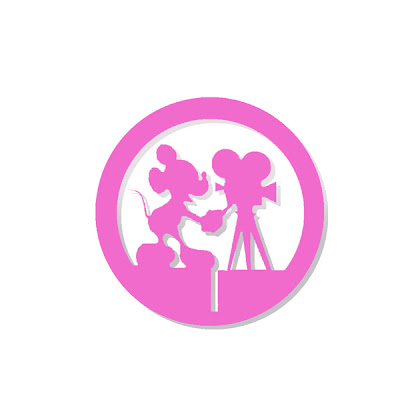 I can't wait for them to finally make the Studios a worth park. It's so small and un-Disney next to the beautiful DL Paris.

Thanks for the great post, Honor. Keep 'em coming!

Great update. What Disney character are you referring to. I'm going nuts trying to figure it out! When are we going to get a Hong Kong BSA?

Yeah, I been waiting for a HKDL BSA for what seems like forever. Give it up, Honor.

Yeah Disney Village is really bad. It just looks plain awfull when you look from the hotels upon it. A real industrial mess. I hope they realize a heap of wrought iron is not appealling to the eye. The Studio’s I am planning on visiting next year, when the TOT will have opened. The rest of the park doesn’t appeal to me at all.

Honor, you are blogging to those uf us with ADHD Disney obsessions!

this post was so incredibly vague. It's driving me mad.

I remember Honor talking about how the Apple/Pixar cone of silence was decending on Disney. I bet he's just trying to keep his sources from being fired by not naming too many projects by name and keeping it in the generalities.

What is this stuff you're writing:
"well add an E ticket here, a D and C there and plus up that area."

You keep writing generic descriptions and pretty soon you
have an update without saying anything.

I really do enjoy your blog, but these "blue sky updates" are getting a bit too much -- if you know nothing, write nothing. I've honestly never read anything quite so vague as this post in my life!

And it's weird you've never mentioned the REAL future projects in the past, such as 'Woody's Roundup Village' and 'Stitch Live' for 2008... Beyond that, Hollywood placemaking will continue at Walt Disney Studios for about another year, until the entire Production Courtyard is transformed.

There. That's what i'd call a real DLRP blue sky update.

What is so important about this year?

and please,
dont be so vague.

you might as well not tell us anyting at all.

Your email update was very very vauge the only bit of new information I gleamed from it was that DVC is coming to DLRP before 2012 being as Marriot are not likely to sit back and let disney take business away from them and with the Marriott deal there was a 20 mile exclusion zone on any project related to a disney time share for a set period.

Congratulations Honor!
This post is very interesting.
Do you know something about the water park which was scheduled for DLRP???