The Blue Sky Alert That Wasn't... 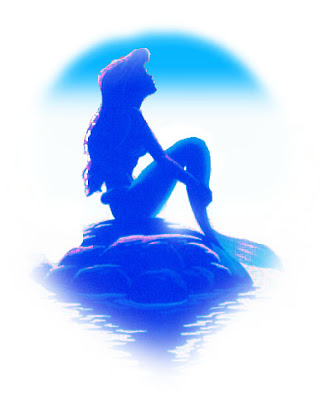 While this won't be a normal Blue Sky Alert, I wanted to address several of the attractions that were released yesterday and give Blue Sky's perspective. I know a lot of people on the internet have given their two cents and if you don't want to hear mine then feel free to close the window on your browser...

Now as for what was released Wednesday I have to ask everyone...

Doesn't the future look bright for DCA in particular and Resort in general?

Not everyone will be happy with everything in the plan, but not everything is in the plan. Get it? Not every item, theme and attraction that will go into Phase One of this plan was announced. Several were deliberately left out because they either were still too early in the planning stage or were put off to give more dramatic effect when they are introduced early next year to continually remind Anaheim voters that Disney cares for them and their community. And least we forget that this is Phase One... Phase Two is not scheduled to kick off until 2013 and last another five years. Can you try to fathom what DCA will look like in a decade if this is what it will look like in five years. This ugly duckling is going to grow into a beautiful princess real fast.

So what can we take from yesterday's announcement? Well, the press didn't get everything right. For one thing, the plan for the first five years will not cost 1.1 billion dollars. That's the price of the plan over a decade... more could come later but that is what's been alloted for now and for now is all we should be concerned about. About 700 million of the 1.1 billion plan is what you saw yesterday.

But there is no penny-pinching in this plan. I'll give you an example... remember when Matt Ouimet, the former head of the DL Resort wanted to spruce up the entrance and came up with new frontage that was going to cost 30 million? Well this new entrance will cost two and a half times that! And that's not all, the area will be filled with lavishly mode rides like we and other sites have mentioned. All of which will be topped off by the culmination of the Carsland in 2012. This ride has a ticket cost along the lines of what Indiana Jones had in the mid 90's... and it will be BIG and it will be LAVISH. Trust me, John Lasseter has been paying a great deal of attention to this project which will open around the same time as a sequel to a movie that could have a significant tie in... I wonder what that one could be?

Seen the new area around Paradise Pier for viewing "Disney's World of Color"? Remember how New Orleans Square has been hosting premieres and events there over the last few years? Well get ready for the other side of the park to start mimicking its sister in a few years. It's not too far off to say that Suits and Creatives alike are pondering having the premieres of several Disney branded films there in the coming years. How would you like to attend the premiere of "Toy Story 3" or "National Treasure 3" there?

And speaking of adventure...

Although it wasn't directly announced, it was addressed that the park could see a name change by the time the tenth anniversary comes around. Several at WDI are wanting to get away from the California chains that have hampered the ability to propose certain projects. Everything from "Walt Disney's California Adventure" to "Disney Adventures Park in California" have been tossed about. There is nothing concrete right now and if they do decide to change the name it will come closer to the tenth so don't expect to hear anything about name changes for a year or two at the earliest.

I'll try and have another Blue Sky Alert about Anaheim up by the beginning of November if everything goes well. It will start to focus more on Disneyland since that will be what we'll be looking forward to now that Phase One has been announced. Most of what I talk about DCA from now on will be the blue sky concepts that are still being proposed for the Second Phase of the project that haven't been nailed down yet.

And speaking of nailed down... once DCA is no longer the monkey on the back of the Mouse, which by my calculations is around 2012 or 13, then we'll start to see some of the blue sky concepts for a Third Gate start to gel and solidify. That means if all goes well, we could see an announcement of that mythical third park by 2014 or 15. Speculative, but very probable based on what my Bothans are saying.

Now for DCA or whatever they wind up calling it to stop being a drag what has to happen?

Numbers. Clicks. That's what I mean.

People in the park my dear Disney Geeks... and what kind of numbers are we talking about? Well the park is currently pulling less than 7 million a year. This is a modest number and if Disney could get it up to 8 million they'd be very happy. Would this in and of itself cause them to go forward with the Second Phase? No, it wouldn't. For the second part of this grand scheme to move forward the numbers would have to approach 9 million a year. Not an improbable number given the new attractions and entertainment planned for the Second Gate. If these kinds of numbers start to be seen in DCA Iger has already given his blessing to the next 400 million expansion. But based on some of the ambitious designs Bob Weis and his team have discussed with Uncle John that may not be enough. If those numbers hold up, Iger may be willing to add a little more to the pot and make the Second Phase closer to 600-700 million. This is just about as much as the First Phase. Imagine the possibilities! This truly could be a Disney Adventure park in a decade.

Now realize that this is all just talk about DCA... nothing has been mentioned concerning Disneyland, more DVC units, Disneyland Hotel Makeover, other hotel announcements and the expansion of Downtown Disney over the next five years. All that stuff will begin to be revealed early next year. Whew... it's good to be a Disney Geek/Fan right now, eh?

Stay tuned for more Blue Sky Alerts. Yes, even ones that don't involve Anaheim.
Posted by Honor Hunter at 1:22 PM

Let's hope that the attendance climbs and we can see even more changes.

I know we are planning a Disneyland trip in about two years...Let's hope!

Shucks, Cars Land alone sounds like it's worth a few visits, so yeah, hopefully this will be just the ticket to turn DCA into a "real" Disney park.

SO its time to start having those annual passes and tickets give the click to DCA first before Disneyland. That is the best way for it to count towards that park

Well, once they add all this new stuff I think we should start going to the park to give Disney an idea that they're headed in the right direction.

We have till 2012 to build up to 9 million visitors. Let's start spreading the word!

It's a shame they didn't get it right the first time.. 5 to 10 years is a pretty long time to wait.

That's all history now, no need to keep thinking negative. The Mouse is finally owning up to its mistakes... let's look forward to a bright future, not a dreary past.