Disneyland Hotels In Paint On Canvas... 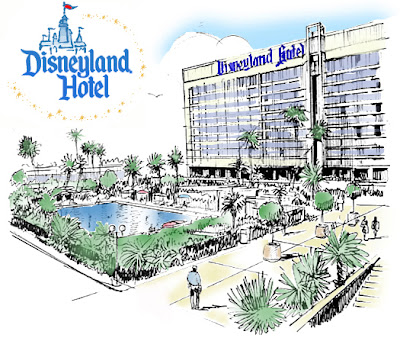 I've always loved the concept paintings that Imagineers do. Sometimes they actually look better than the attractions/rides/hotels they try to give a peek at. There is concept artwork for even parks like Disneyland Paris, which is in actuality very lovely that looks better than the real thing. There are paintings for DCA that actually make what was to be built look more exciting than what was constructed.

I thought I'd take a moment to reflect on the paintings for the signature hotels at the resorts.

The irony of this is that Disney hasn't released the artwork for the makeover that is to come for the original Disneyland Hotel. So the work we have for it reflects the towers as they were back in the early 70's... sadly, it still looks very close to this. I think one of the great things about buildings in the Resorts have a "timeless" appeal. What you might call a borrowed sense of permanence. As if they had been around for decades, sometimes centuries. The original hotel, having not been designed by WDI doesn't have that timeless quality. It simply looks stuck in the 70's making it appear dated and out of place. 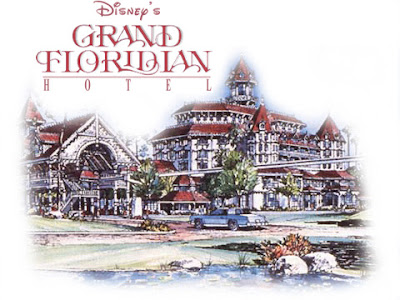 Although WDW doesn't have an official Disneyland Hotel, the GF acts as the primary hotel for the Resort and in essence is a Disneyland Hotel... it one were to call it by another name it would be the "Walt Disney World Hotel". Now this hotel is one of the design decisions that Michael Eisner got right. It evokes the Victorian Era and the coastal retreats of a bygone day. Even though it's supposed to be set on the East Coast, the hotel is really modeled upon a hotel out here on the West Coast. The Hotel Del Coronado in San Diego was the primary influence of Imagineers when they drew up plans for this lovely icon of Walt Disney World. DCA's new Toy Story Midway Mania will look similar to this as well, although the color scheme will be slightly different. 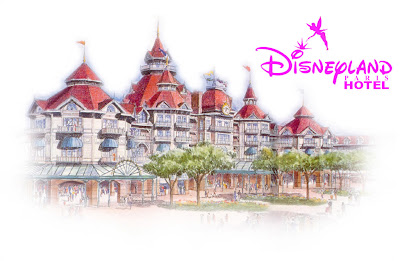 When Tony Baxter and crew pitched to Eisner the idea of putting a hotel facade in front of Disneyland Paris the cost was too prohibitive for such a sterile structure. When the idea of putting an actual hotel in front of it became the goal of Imagineers the result was a charming, Victorian hotel with French references that played on a fairy tale-like atmosphere which creates a charming entrance to the European Magic Kingdom. The idea of putting a park at an entrance or right into the parks will play roles in all future models for every future Disney Resort. 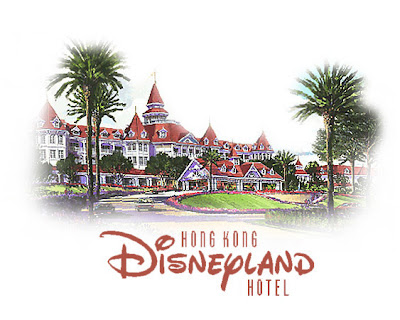 When the Walt Disney Company decided to build it's first theme park in China it built a Disneyland Hotel that had influences from the Grand Floridian, but it also took liberties with influences from other resorts on it's property... particularly the Boardwalk. The HKDH is very detailed, but slightly more understated than it's sister in Orlando and its extravagant cousin in France. 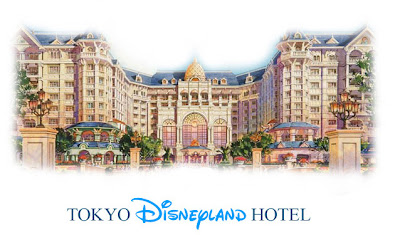 The newest Disneyland Hotel to go up will be in mid-2008 in Tokyo. Tokyo Disneyland has been around since 1983, but until 2000 it only had partner hotels... no official hotels until the Oriental Land Company decided to turn the Park into a Resort. When the Tokyo Disney Resort opened in 2001 it boasted two hotels, the DisneySEA Hotel Mira Costa and the Ambassador Hotel. Two very lovely hotels that offer a first class experience at first class prices... but still no Disneyland Hotel. Last year, ground was broken for the premiere hotel to bare the Disneyland name. When it opens next year guest will be able to walk out the doors and be right in front of the park... just like in Paris. Part of the Resorts parking lot in front of the theme park was used for the hotel. Again, like all the previous Disneyland Hotels(all except the original in Anaheim which in a few years will have an entirely different look from all other Disneyland Hotels) it will be defined by the Victorian Era that so signifies Disney and the magic that surrounds it.

The "Mictorian" theming will occupy every Disneyland Hotel except the Californian one. When the construction gets underway early next year we should see the release of the artwork for the DLH's new look and then we can add its beautiful paintings to this collection.

Disney just released a book about Disney Mountains. Wouldn't it be nice if they devoted a book to all the designs and artwork associated with the hotels? Or more specifically... the Disneyland Hotels?
Posted by Honor Hunter at 11:34 AM

It took me quite some time to Photoshop the guidebook's fold line away...

Sorry magicblog but you're not my source. Friends at Team Disney supplied the artwork.

You've got a nice blog though.

Any idea when the DL Hotel-Anahiem will announce its new look and show us some concept artwork? I can't wait for this place to get a facelift. I actually like the DL Hotel's insides......but the outside is SO uninspired.

I wish I could put up the art I've seen. It's going to be a nice change from the dated 70's look it has now. But I won't put up concept artwork that hasn't been released because I don't want to get in trouble with Disney's lawyers or put my friends there in a bad spot.

You can expect things to start moving early next year. I would expect some form of announcement like the GC DVC announcement, but there are so many things planned to start next year I'm not sure when they'll schedule it. I will say that by this time next year one of the towers should be done or close to it so you will have an idea as to how they will all look since they will be uniform in design.

I have some paintings like the ones in the blogs. They are from the Disney Boardwalk. Any idea what they might be worth?