Should you choose to accept this mission... 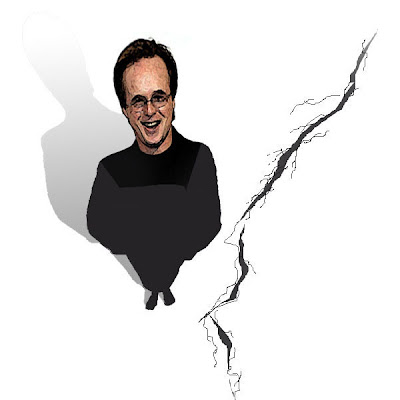 I've seen a lot of people whining about Brad Bird going into live-action over the past year...

I don't see any problem with it. He's a genius and I expect anything he does in that format/medium to be just as entertaining as his animated works. I've never seen anything that was made with his name on it that I did not thoroughly enjoy.

Many people are wondering why Bird would do a film like "Mission Impossible," much less a sequel to someone else's franchise. They wonder why he's not doing a sequel to "The Incredibles" instead. Simply, the director has wanted to make a live-action adaptation of James Dalessandro's novel "1906" since the early part of the last decade. He was working toward that when when John Lasseter asked him to help out with "Ratatouille" and he put it on hold to help turn that film into the hit it became. Once that was done he went back to trying to get that film made. But it's going to be a big budget and it's going to be live-action. The executive over at Warner were nervous about handing such a large budget to a director untested in live-action. Despite many rewrites to finally bring the film down in budget, the Suits at Warner never could get the courage to greenlight it.

Brad realized he wasn't going to get to make this dream project unless he showed them he could make a successful live action film. Making a sequel to his animated superhero family would not have accomplished this. Tom Cruise and his people, having smoothed over some ruffled feathers with Paramount Pictures, set about talking about making another sequel to Mission: Impossible. After all, Hollywood would rather spend money on a safe bet than an unknown property. Even though it's not always the case, brand names/big stars tend to fill the seats in theaters. This dynamic has been changing in the entertainment industry with the way things are evolving over the last decade, but Tinsel Town is slow to change.

Cruise was looking for a new director since J.J. Abrams had decided against directing the film. He would still guide the story and help produce, but not be behind the screens. This presented an opportunity for bold choices and one of three choices that Cruise and his inner circle were mulling, was Brad Bird. They knew he was eager to direct his dream project, they knew he was wanting to do a live-action film. This was his opportunity to show the Warner studios that hold the rights to his passion project, that he could handle a film that was big and not animated. That is why he accepted the project. He's taken a project with a script by André Nemec and Josh Appelbaum, which Abrams developed and started working on creating something that would be a great resume for his entry into the live-action world.

Brad's worked with the writers and Tom over the course of pre-production to get it into shape for a film that he feels comfortable directing. Working beside/for Tom Cruise is different world from which Bird comes, but he's adapted and has planned on making a worthy sequel to the franchise that can actually stand on its own. One that could be seen by people that hadn't see the others and just happen to like action films or Tom Cruise films or even Brad Bird films. I know that they're setting up the series to have more equal parts, like the one for Jeremy Renner, but it's Tom's film until he decides to leave the series.

While I really enjoyed the last film, I wasn't a fan of the first two films and hated the second one (which says a lot since I love John Woo). It's my belief that this one will be the best of the bunch. A story by J.J. Abrams directed by Brad Bird? I'm there for "Mission: Impossible - Ghost Protocol." Tom Cruise was both smart and lucky to get Bird for this project. And it's one of my most anticipated films of next year simply because of his attachment. I expect great entertainment and Brad has never disappointed me. No sequel to The Incredibles doesn't disappoint me. If this film is a success then Bird will likely get his dream project made. And if it excites Brad, it excites me. The man has said he's not abandoning animation, just expanding his options in the filmic world. So a sequel for the Lamp may happen sometime in the future. Just not the near future.

But whatever Brad Bird creates will be incredible no matter what...
Posted by Honor Hunter at 5:54 PM

AHEM... Ratatouille wasn't incredible. I liked it, but it's my least favorite Pixar film. The Incredibles is definitely, well, incredible. But based upon that one movie doesn't mean that everything that Bird creates will be incredible.

I don't doubt what he can do with M.I.IV though. I liked the third one a lot.

Thanks for giving us this update, Honor... now we know when he'll do "1906," and maybe after that he'll return to his incredible costumed family... we can only hope...

Great post. This definitely seems like an interesting project to be following, and I'll probably end up seeing the movie. It's nice to follow where Disney/Pixar directors go.

I understand why he has to "prove" himself with live action, but I think M:I:4 was a risky choice to go with. I like M:I:3 alot, it's my favorite of the series. But it did not do all that great at the box office when compared to the previous entries. And this summer's "Knight & Day" didn't do well at all, so you really get the sense that Tom Cruise simply does not appeal to audiences anymore the way he used to. In short, Bird is set up for failure. He's directing a big budget franchise film that's very likely to underperform financially. So then he'll be back at square one because WB still won't want to give him the cash to make a risky film like "1906".

Well the fact that some of the M.I. fans as well as the Brad Bird fans (like Honor) will be going to see it might save it. (Another possibility is that Bird might give up on WB, and do 1906 just with Disney... or take it to another place like 20th Century Fox.)

Another slow news week on BSD. Honor needs to get out of his BMW and write something.

You know how the old saying goes, Honor. Keep your friends close and your enemies closer. ;)