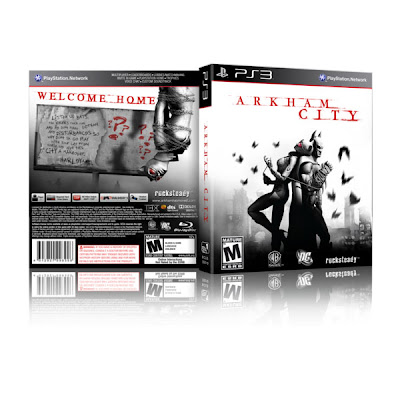 You know I love the "Batman: Arkham Asylum" video game and look forward to the sequel...

"Batman: Arkham City" comes out late next year and I can't wait to get it, but for the most part the game has been shrouded in mystery. We know that there will be new villains (Mr. Freeze, yeah!) and a larger canvas on which to be the caped crusader, but other than some awesome looking stills, we haven't gotten much info until now.

Here is a teaser for the sequel to Arkham that reveals a little bit of the plot, with awesome graphics and the introduction of the villain, Hugo Strange. Oddly enough, the rumors are that Strange will be one of the main characters/villains in Christopher Nolan's "The Dark Knight Rises" in 2012. That is going to be one amazing year at the box office.

But until then, we can enjoy experiencing the City next year...
Posted by Honor Hunter at 10:53 PM