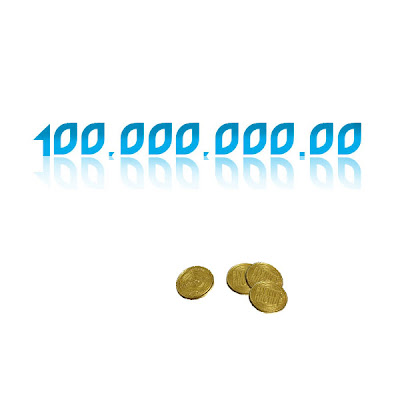 The picture opened in first place, but slightly less than predicted (43 million versus 50 million), but has maintained a steady daily average. While it's not the blockbuster the Mouse had hoped, it's doing solid business, earning about 170 million worldwide so far. In the case of IMAX it's doing record setting business, with a quarter of the profit coming from those small amount of screens. While the future of this film is a franchise or not isn't known, the box office has been surprisingly steady. The merchandise, DVD/Blu-Ray/rental and animated series will determine if there's a TR3N.

Till then, the grid is still active...
Posted by Honor Hunter at 9:37 PM

You think Darrell is bad just wait until Tron Sucks chimes in to tell us all how much Tron sucks again.

Have we found your soft, sensitive spot Darrell?

"Have we found your soft, sensitive spot Darrell?"

I didn't know you were trying to find one...

Oh my gosh, really? COOL! Haven't seen it yet but I will, I will!

The only reason Darrel would respond to those comments is because they're true.

So I really hope that Tron can stay alive after green hornet opens. Most likely Green Hornet will take the IMAX screens so I hope Tron's % doesn't drop too much. I might even see it again.

Honor should revise his post because after today Tron will pass the $200 mill mark. As of yesterday it is at $196 mill worldwide.

Inception should easily get Best Original Screenplay and should win Best Picture and Nolan Best Director.