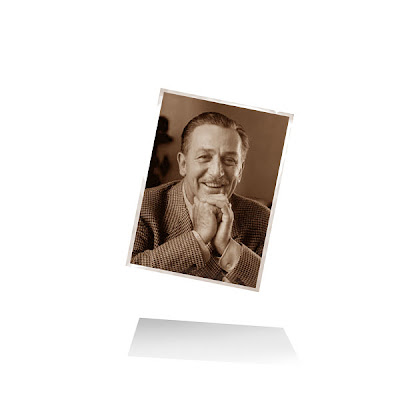 On this day, fourty-four years ago, Walter Elias Disney passed from this world into the next.

The night before he had been visited by his brother, Roy Disney. Roy was relieved that his brother said he was feeling better and presumed that things would be taking a turn for the better. Walt even talked about work and returning to the studio, which he could see just outside the window of his hospital room after asking the nurses to turn his bed facing that way. He passed away the next morning. To the shock of everyone and the sorrow of his brother and family.

The Dreamer passed away, but the dream lived on and still does to this day...
Posted by Honor Hunter at 11:55 AM

With all due respect to the dreamer; if he return today, while he would likely be please with a few things, he would be shocked and horribly dismayed at everything else.

An old friend of my family knew him, and he had a LOT to say about how Walt would have felt about things as they transpired as of the mid 90's. He has since passed as well. I can assure everyone that the progression of the dream has yet to turn in a favorable direction (for the most part) since that time.

Yes, the dreamer has passed, along with most of his co-dreamers. But the dream is NOT anything close to what the dreamer dreamed anymore.

I remember that day very clearly. I was a very heartbroken kid, let me tell you. It was a long long time before I could really believe it. It was like finding out the truth about Santa Claus. You know it's the truth, but you don't want it to be.

A day I will NEVER forget. I can still see the TV in my mind and I break out in chills at the memory.

I wasn't alive when he died, but I'm sure that'll be a day to live in infamy forever... or at least as long as the Disney studio is around.

I find the dream does still live on. Granted, there is atill much to improve, but Walt's dream of bringing magic to all ages and pushing the boundaries of what people believe to be possible still thrives today in their films and parks. It's like Lanny tells Wayne in Prep & Landing, "The thrill may be gone for you, Wayne, but not for him." We may still be trying to build up that thrill that was taken from us years ago, but all those families who are estatic and touched each time they watch a Disney animated film or enter Disney World, the thrill (or magic and belief in thereof) is still ever present for them, and can/will be for us as well. Thank you, Walt.