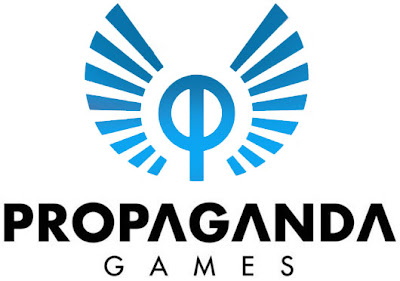 One piece of the gaming puzzle that Bob Iger put together is no longer there...

Propaganda Games, the game makers of "Turok," which the Walt Disney Company bought and made part of Disney Interactive has been disbanded and will be no more. Seventy employees have been let go. Part of that synergy that the Mouse was hoping to create hasn't worked so well in the gaming world... yet.

You could see signs when they canceled "Pirates of the Caribbean: Armada of the Damned" last October. Trouble was brewing as the company was restructured. They still came out with "Tron Evolution" which was kind of a weak game that had great possibilities. All other game development from the company has been shelved.

I think Disney expected this company to help create some of the content that would attract the young male demographic which has been so elusive to the brand. Unfortunately it seems that this company wasn't the correct fit. If Bob Iger wants to get that group he needs to go after a different/better company. One with a proven track record with these type of titles. May I suggest Valve, or dare I say Naughty Dog? These two companies could/would create the kind of testosterone driven action play that would send the right audience coming there way.

If they don't buy them then Lucasfilm should buy them for LucasArts. Or at least contract someone like ND to make an Indy game that is worth playing or better yet, purchasing. You move, Bob.

I believe Naughty Dog is owned by Sony so they couldn't buy them. Or at least, Sony would have to agree to sell them and with Uncharted being the huge hit that it is, that won't be very likely.

I clearly get what you're saying about Indy though. If an Indiana Jones game were as rich and detailed as Nathan Drake's adventures in the Uncharted series? It'd be truly an amazing game and the young audience would lap it up.

Valve is another situation. That is a possibility for the Mouse.

Considering what a disappointment Tron: Evolution was I'm not surprised. They just didn't get it. The parkour style gameplay was not only frustrating to learn but absolutely boring. I expected so much more out of that game but it's clear the guys at Propaganda were more interested in ripping off Prince of Persia than basing a game on Tron's iconic arena games like Lightcycles and Disc Wars. Sayonara, Propaganda.

Weren't there rumors that Disney was considering purchasing EA?

Disney needs to quit trying to buy up companies to create content that they don't really need. Disney has killed several companies that they bought wit the intention of milking their capabilities (Infoseek, Dream Quest Images, etc.).

If Disney wants video games, they should hire companies that create them to produce them. Iger has been overly distracted by the video game aspects of technology. But Disney should really focus on maintaining (regaining) their leadership in their core fields, especially since they have been losing ground in recent years.

I have been saying that Valve would be a great fir for Disney, they are a company much like PIXAR that is recognized as one of the best industry and own the PC gaming platform Steam, a great content distribution Disney would love. Also they would get the great properties Half-Life, Portal, and Team Fortress 2. All have great characters and story and some of them, Half-Life and Team Fortress are just begging for expanded content.

I thought EA was rumored to be bought by Apple? That didn't pan out, but I've wondered why they didn't start their own gaming division just like Sony has theirs and Micro$oft has theirs.

I wish Naughty Dog was doing an Indy game. It'd be great! What an amazing property that has been wasted on such mediocre games. If adventure games were lame, it must be Indiana Jones!

I think Disney found their gaming Pixar in Junction point. I wouldn't be surprised if they expand that operation with the inevitable Epic Mickey sequel and whatever unnanounced projects they have going. Warren Spector is kind of like a gaming Lasseter.

I am hoping Disney gets it's gaming strategy figured out soon.

As a gamer and a Disney fan I would love to spend time in a Disney-style World of Warcraft. Their PoTC RPG wasnt quite there with the game play or the graphics.

The above poster is right about Tron: Evolution. Good God that game is frustrating to play.

Epic Mickey is a move in the right direction but it's only on the wii so that cuts out a lot of gamers like me with a ps3.

PS3 rules!!! You hear that Disney? Get me some Epic Mickey over to it.

And Honor's right, you should buy Valve. And Lucas should hire everyone at Naughty Dog to run LucasArts and fire the untalented dufuses running the place. Perhaps then we'll get a good Indy game.

"Disney found their gaming Pixar in Junction point." Please, Warren Spector is NOT kind of like a gaming Lasseter. Spector is full of himself and just an ass in general.

Takes one to know one.

Anonymous, shut up and watch what you say about Mr. Spector, because you're dead wrong about him!

Jeez, where have I been? Armada of the Damned got cancelled?! That preview alone looked better than the last two sequels!