Thirteen is a lucky number... 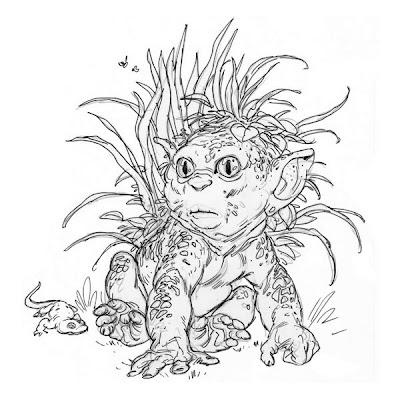 There is a lot of talk going on about what comes after "Reboot Ralph" next year...

Specifically, a good deal of talk about Chris Williams' "King of the Elves." I've received several e-mails asking me about the status of this project. A few have asked if it has been canceled.

I can say that as of a couple weeks ago, the project was right on schedule. So if it's been put into turnaround, then it has happened in the last week or so. I personally doubt it. From those Bothans that I've talked to, the project was moving steadily forward and was having no more story problems than any other project of its type. It has been doing so well in fact, that it was/is being considered for the Christmas holiday release for 2013.

Now, all that could change if Lasseter and Catmull find that story problems will make it impossible to have ready for that release date. As far as I know all is moving forward and Chris Williams' next effort should/could be out a year and a half after Ralph winds up rebooting.

Developing...
Posted by Honor Hunter at 1:20 AM

I've heard it's been slotted for November/December 2013 as well.

We'll find out at the expo.

I heard they were possibly making this when I visited recently for Inspire Days - This sounds incredible! I can't wait -

now that reboot ralph has been moved to november 2012, then there would only be about a year from then til elves. not a year and a half.

Is that a legit piece of concept art for King of the Elves or just a filler picture? It looks odd to say the least, but I heard the movie has a style reminicent of Avatar at first glance. I wonder if Dan Fogelman will be working on the script with Chris again like they did for Bolt. This seems like material they could do well together with. I'm dying to learn more about this and Reboot Ralph, as well as what else is in WDAS' ever-changing development pipeline.

Upon further inspection I see that it was indeed legit concept art. Then I guess my real question would be whether it still resembles the original Aaron Blaise take or not, because the visual conception, especially the proposed main character, show real potential. I also noticed the main guy was playing a guitar. Could this be a CG-musical like Tangled?