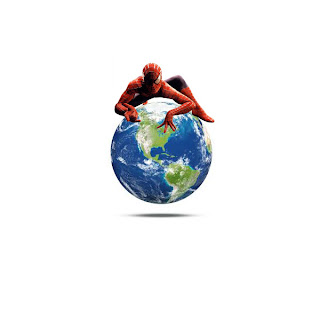 Earlier in the week Kevin Feige let slip his desires for the future of the Marvel Cinematic Universe...

In an article between the pages of the newest issue of D23 he gave a few nuggets as to where he hoped to go:

"We hope that holds true for the characters appearing in that film — Black Widow, Hawkeye, and the spy organization, S.H.I.E.L.D. — all of whom are more than worthy and capable of carrying their own films."

This along with the other projects in development (Dr. Strange, Runaways, ect.) mean that as the young upstart studio moves further into the decade, we can look forward to a wider and greater expanded collection of stories. This also helps buttress some of the reports that I was getting concerning a desire to develop a S.H.I.E.L.D. franchise sans the men-in-tights. I'm still trying to find out if that proposed animated series has gotten any further along the line than just a broad concept. An animated S.H.I.E.L.D. series on Disney XD featuring the right cast of characters could/would be awesome.

I know that a "Dr. Strange" film would be quite interesting, but the person best suited to direct it is too busy at this time. Guillermo del Toro you need to offer yourself up for a cloning experiment. Hopefully they can get him to at least write the screenplay with his writing partner like he's doing for "Haunted Mansion."

"The Runaways" could work as an interesting piece that moves toward a lower demographic, age-wise, I mean. It's got a very healthy cult following and with the right script, cast and director, would be an interesting departure for the Marvel universe.

As for "Black Widow," I will admit that she's a character I don't know as much about or really follow. Scripting chores should not go out to the people that gave us "Electra." "Hawkeye?" I'm game for anything with Jeremy Renner(Uncharted, anyone?).

It will appeal to Harry Potter markets and the Spider-man market.

I love The Runaways - I hope this project will make it!