Not just a reboot of ralph... 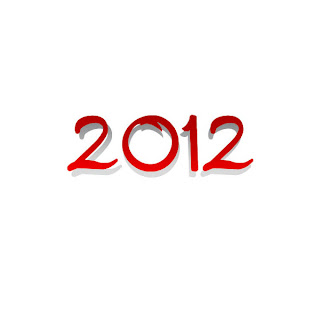 Well, it looks like 2012 isn't going to be as bleak for Walt Disney Animation Studios as we thought...

I'm sure you've seen the news, about the Lamp's schedule change? The sequel/prequel to "Monsters' Inc." now given a name: "Monster University," will get delayed and pushed into the next year.

It will now come out on June 21st 2013. Which may sound like sad news, but the good news is that WDAS's "Reboot Ralph" is ahead of its March 22nd, 2013 scheduled opening, and the Mouse has decided to move it up to fill the hole. So 2012 will not actually be the blank space for the Hat Building that we were expecting.

This could present the possibility of a 2013 release of Chris Williams' "King of the Elves" if the stars align...
Posted by Honor Hunter at 3:36 PM

I'm excited for King of the Elves. I think it sounds interesting!

Thanks for the news, dear Honor.

I also hope to see Elves.

Honor, do you know something about Ron & John new movie after Mort?

Beyond that, they've done a good keeping a tight leash on it.

can't wait! and so totally can't wait for the expo in august cause this gives me hope we'll actually have something to see that's more then a title and scheduled release date.

It will be weird not having a Pixar movie to look forward to. It's been a while since they last skipped a year.

What do you mean? There were two Pixar films coming out in 2012, so there is still one coming out.

Brave will be out next year.

Any new hand-drawn animated features definitely on the horizon ?

To me it's still bleak if Disney isn't forging ahead making hand-drawn animated movies on a regular basis.

(but please Mr. Lasseter , no more recycled stuff like Pooh -- I don't want to have my heart broken hearing an announcement about some Rescuer's sequel or another Goofy movie or something like that being the next hand-drawn movie -- Be bold , bold as a Glen Keane drawing, Mr. L. )

King of the Elves is DEAD, DEAD, DEAD. Will not get made for the forseeable future.

KOTE is very much in development.

I think it would be nice if Disney went back to the 18 month option that it used for Lion King. Give the animators more time to work on their projects. But of course Honor wouldn't agree to that model.

Honor doesn't have a say in what WDAS does...