The great blue sea opens up to beachgoers tomorrow... 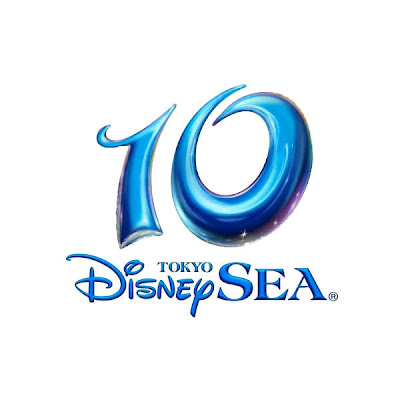 With the tragic situation of the earthquake/tsunami we have rightfully been concerned about other, more important things. But with each passing day the nation of Japan pulls itself out of this unfortunate event. Each day life becomes more and more normal, if that is really possible. Economic experts think it will take at least five years before the Japanese are back to a where they were. The Tokyo Disney Resort was not damaged very badly. In fact, very little was done to the actual parks. The majority of the damage was in the parking lots, which resulted in a condition called "liquefaction." The main problem with opening the parks has been power. It has been inconsistent throughout the last few weeks and waiting for an acceptable level has been time consuming.

The Tokyo Disneyland park opened last week and thankfully, Tokyo DisneySEA will finally join her sister tomorrow. And if that weren't enough, the Japanese version of "Fantasmic!" will premiere tomorrow as well. So with the opening of my second favorite park, I think it's time we focused on the fact that it a celebration. Not just one of opening, but one of having been open for a noteworthy amount of time. It's hard to believe that it has been a decade since this park opened.

Ten years since WDI showed Disney Suits what could happen if they took the shackles off. If they let them dream to dream. And some of the people in Burbank have been trying to live it down every since. There were those agreements that were put in place to make it so that the Oriental Land Company's Tokyo Disney Resort couldn't advertise outside the country. That was supposed to prevent most from seeing what this place was like. That way there would be no comparisons to the other parks. But those agreements were right as the Internet was taking off. No one could realize back then that the Web would be the gateway for those that didn't know about this place. The Net would be the key to this place and no agreement could stop it.

The secret was out.

Although the official anniversary isn't till September 4, 2011, the Resort will be taking a year long celebration of the park, the start date has been postponed. A revised schedule will likely be announce as we get closer to summer. While DCA's celebration of a decade came with little fanfare, it's not going to be the case with Tokyo's Second Gate. It's going to be lovely and spectacular. It will be not only a celebration of Disney, of exploration and adventure, but of perseverance of the Japanese people and life itself.

And that's something fantasmic, uh, I mean fantastic to realize...
Posted by Honor Hunter at 5:59 AM

Long may you prosper.

I hope to visit you some day.

OLC couldn't advertise outside the country, to show the gargantuan difference between TDS and DCA. What a small small mind of Eisner that thought he could put one over us.

Yeah! I'm glad it comes back tomorrow. The rest of Disney Parks could learn a thing or two, or even three from this park. Take note Iger!

agreed on your shackles comment. it's amazing what can be done without limitations... I truly love DisneySea, since my visit in its 5th year. I need to go back!

They did an amazing job, and it paid off. We need more risk takers at the reins. there's only so much gained by holding back; look at walt disney, and what he accomplished, with almost no money of his own.

That is really unbelievable they tried to keep it underwraps so much. I mean you people are Disney! Walt said himself, Fantasy and reality often overlap. Way to go DisneySea for being a rockin awesome park despite the naysayers.