In A Hole, In The Ground, There Lived A Hobbit...

And in that hole he made a lot of money... 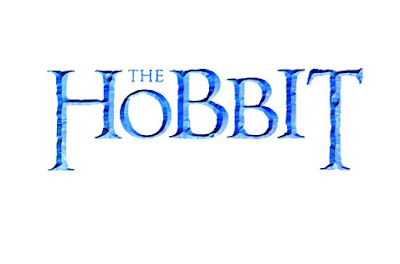 The first behind the scene video of the production of "The Hobbit" has been posted online...

Peter Jackson is an amazing film maker. He also seems to get what it is about selling a film and marketing it to a 21st century audience. He understands what Guillermo del Toro calls "Transmedia." This is one of four or five films that I eagerly await next year. I look forward to each new video that lets you inside this world of magical opportunities.

This movie is going to bomb sooo bad.

Mark my words when December rolls around next year.

There is NO way this can bomb... in no way shape or form can it bomb. The Hobbit was a way more popular book than the Lord of the Rings and is STILL being read by elementary schools today. I'm rooting for Mr Jackson and the Crew on the this and cannot wait until 2012!!!

"This movie is going to bomb sooo bad."

"There is NO way this can bomb... in no way shape or form can it bomb."

How could this possibly bomb. Stop being a troll.

The video is awesome! So are Peter Jackson and Weta.

The Lord of the Rings was mediocre at best and boring for the most part. It was like watching one big bland collection of fantasy cliche's.

It was too long, too structurally flawed and too much relying on explanatory passages of loooooooonnng painfully awkward dialogue that a first grader would find silly.

The only reason it was a hit was because of the spectacle of it all. But that is now over. It's done. No one will want to see what is perceived as a rehash of those films.

48 frames per second = Color me uninterested. What ever happened to making good old 24fps, 2D movies? If you take away my motion blur, I stop caring.

It's Friday, and the Trolls are out looking for a fight.

The video shows a sweet and sincere man going about his business creating something that millions will enjoy for years to come. I also look forward to future installments in this video series.

I can't wait till this color and sound fad start to fade.

Sorryon, you're just trying to get me and others to rant at you, aren't you? Well you asked for it...

The Lord of the Rings are some of the best movies ever made. Hands down. And also probably the best fantasy ones ever made. Yes, there were scenes of long dialogue but the only time where it ever felt strenuous to my knowledge was occasionally with Treebeard. The rest of it is awesome. Sam's excellent lines at the end of Two Towers? Or Gandalf talking to Frodo after Gollum is sighted in Moria?

Next thing you'll be saying is that your favorite movie is... oh forget it.

The Lord of the RIngs was unbearably awful... On the storytelling side, there was no storytelling. It was a disjointed series of vignettes from the books with little or no connective tissue. This was compounded by the flawed overreliance on cinematic cliches like comic book dramatic posing, dizzying pan shots, slo-mo deaths and music video style editing. I would call LotR a victory of style over substance, except that the style is achingly horrible. I have no idea how it got popular, and any explanation I can come up with is really insulting.

Let me use a good example of transmedia storytelling from a movie that I didn't even personally like: The Blair Witch Project. Above and beyond the pseudo-documentary film itself, there was a television pseudo-documentary that was required to understand the mythology behind it, a CD soundtrack that was supposed to be the mix tape in the students' car, the dossier book, as well as other novels, comics and video games, all of which expounded on different parts of the story instead of just adapting the film.

That is transmedia storytelling, not making a 12 hour film and a bunch of video documentaries about it.

Darrell... your hilarious... I thought you were going to end with his favorite movie being Knight and Day :-)

Friday night... no classes... friends have gone home to parents...

Trolls are looking for attention...

@ Jess Q.: Don´t worry, they will find a way of adding motion blur during post production - of course that is difficult if you shoot the head of an actor on a soundstage in LA, his body in New Zealand, and generate the path he´s walking on in a computer, but hey, those millions need to go somewhere, right?

Remember The Lovely Bones and King Kong? Two of the worst films in the last few years.

Remember The Lovely Bones and King Kong comment? One of the worst comments in the last few years.