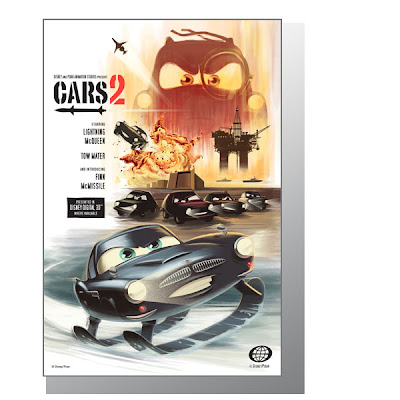 I love how Pixar puts out posters that enhance the atmosphere of the world their films are in... 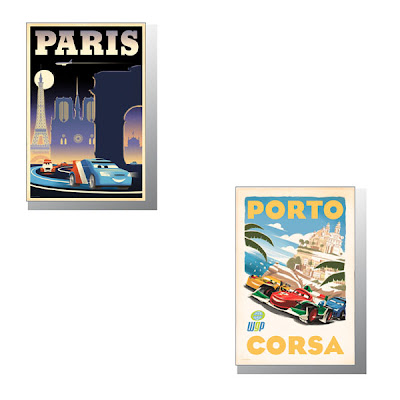 Here are three new vintage-style posters for the new "Cars 2" film. The marketing of this film is moving forward with an every increasing force and it's good to know that there is an artsy side to this. Posters are a great reflection on a film in and of itself. Just like the "Ratatouille" posters or the one sheet marketing campaign of "Toy Story 3," the designs for this further adventure into a world of mechanical hearts is clever. But it's the Lamp, right?

Let's hope the film itself is just as entertaining...

Hat Tip to Cinematical for the pics.
Posted by Honor Hunter at 3:20 PM

Wow, that first one featuring Finn McMissile and Professor Z in the background was awesome!