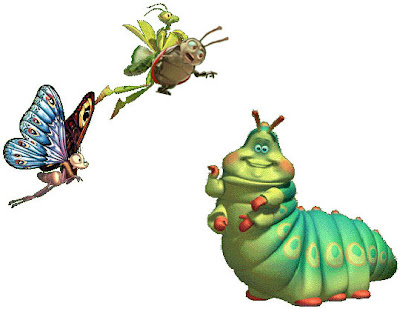 Blue Sky Disney gets a lot of e-mail. A LOT. When I started this sight it was simply an outlet of my love of all things Disney... a vent for releasing a little of my interest in the Mouse so that the girls I date don't start thinking I'm too weird. I tend to not sleep very much and it's a good cure for that... it's also very cathartic. So anyway, back to what I was saying...

In the winter of 2006 as I began posting, I got maybe an e-mail once every two or three weeks. Around the turn of the new year in 2007 that began to change as some websites started clicking onto my site and liking what I wrote. I don't know why, but I'm grateful for their support. Many of them starting linking to posts that I've written and in so doing the e-mails have climbed higher and higher. By March of 2007, I was getting 5 to 10 e-mails a week. By summer I was getting 10 to 15 a week and as the end of the year drew near I was getting about 20 to 30 a week. As the new year begins, I'm getting even more than that so my apologies to all those that think I'm being rude in not responding. I simply don't have the time to answer all the e-mail I've been getting. The interest fellow Disney Geeks have placed on my blog is truly something I never thought I'd see. I just started this little blog as a hobby. I never expected it would affect so many other people.

Anyway, I've tried to respond to questions that people have sent repeatedly by posting an article on it and try and use that as a way to answer some people's questions about the Mouse. One such question or critique I've been seeing a lot of e-mail on lately is the Extreme Makeover of DCA. In particular, the great number of rides that are coming to the park based on animated movies/characters. The complaint has been that there are too many of these. That they need to create more attractions like Tokyo DisneySEA. That Walt Disney wouldn't have thrown so many rides into one of his parks that were just "cartoons".

So I decided to take a look at TDS and DCA and compare them in regards to Attraction(rides and shows), Shops(all manner of retail places)and Restaurants(sit down and ODV carts). Stay with me here...

This may get kind of confusing because it's a lot of numbers. So lets dig through this and see what we find...

First off, we have Tokyo DisneySEA... the Disney Geeks/Fans crowning jewel. The one everyone of us lusts after like the girl the jock dated in high school that we always wanted to be with but knew we had no chance of being with. I know, you're saying... speak for yourself, bub. Anyway, long-time readers will know my love for this park... it is my second favorite park after Disneyland itself. That being said, I thought we'd examine just how many things it had in it that were cartoon versus non-cartoon.

Now first and most important is to examine the attractions. They are the main reason we go to a theme park, particularly a Disney theme park.

Golden State - Seasons of the Vine, Redwood Creek Challenge Trail, Grizzly River Run. Golden Dreams, Cartoon Attractions: 0, Non-Cartoon Attractions: 4 (of note, I didn't count Redwood as a character ride because the Brother Bear facade out front was added later and is not really part of the trail itself).

I hope all those numbers weren't too confusing for you. I tried to be as accurate as I could. I may have missed a restaurant or shop, but I should be pretty close in the final count when all things are considered.

Again, this is not that much different that Tokyo DisneySEA in terms of percentages. These rides will be very nicely themed and the areas around them will be greatly improved. Judging by these figures it really doesn't seem that DCA is becoming a "Cartoon" park. It is adding more "Disney" characters, but not that many when compared to other parks... the problem is that it has been lacking in that Disney representation. For those of you that are still worried about this? Fear not, the Second Phase of this makeover has at least one, possibly two attractions that you'll be happy to know have nothing to do with animated characters. Of course, you'll have to wait a few years though. Patience. The park isn't turning into one giant Toon Town, it's just turning into a Disney park after a decade of having an identity crisis...

Now that it finally knows what it is, we will start to learn what it will become.
Posted by Honor Hunter at 8:20 AM

I'm thrilled to hear that your site is doing well, Honor. With all the hard work you've put into it, your success is well-deserved. :o)

Interesting article, it'll probably cause even more websites to clink to your sight.

I must say... You really did your research for this article, Honor.

Next time you feel like throwing data at your audience, go all out and create a chart. No one reads every number. People browse to your summary at the end.

Great article...and congrats on the site getting so much attention! Your passion for the subjects you write about, really comes through...with amazing consistency!

I might add, even though I'm not a details, numbers guy, I did actually read every number! Go figure.

Good article and I love this blog. My only complaint here is the lack of consideration of the quality of these non-cartoon based attractions. California Screamin', GRR, and pretty much everything on Paradise Pier lacks cartoon characters, but at the same time they are very poor rides, with little to no theming. At TDS you have high quality and extremely well themed rides like Journey to the Center of the Earth, 20,000 Leagues Under the Sea, and Stormrider.

I agree that there's very little theming in some of those areas and rides, anonymous...

That's going to be changing over the next five years. It won't be a bland park by then. It won't be TDS either, but I don't want it to be. Each park has to have its own identity.

I think Honor's response to the last poster - patience - is the real key here. With so much access to information, and opinions, it's too often that a fever builds up on the net as to what people THINK will happen - until they truly believe what they read was the truth.

Folks should wait out. So what if you're not first to know the details. It makes the reveal all that much more satisfying.

Thanks to Honor for such a fantastic and positive site.

From what I've read the "general" park going customer wants to see more Disney Characters on their vacation. This is what Disney's marketing is showing them. Speaking for myself (and I'm sure quite a few other Disney Geeks) a mix of original and character themed attractions are what we want. I'm also under the impression that the lack of characters in TDS is what is causing the less then expecting attendance numbers. Wouldn't surprise me, remember Epcot when it opened?