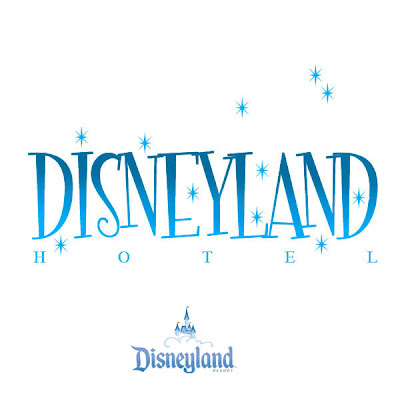 On this day, fifty years ago the Disneyland Hotel opened...

Not only is the Happiest Place on Earth celebrating its fifty-fifth year in Anaheim, the original hotel is as well. Many of you knew that the Resorts first hotel is going through a three year renovation, but not everyone know that it's birthday is today. Originally owned by Jack Wrather, the hotel was bought by the Mouse back in 1988, when Eisner first decided to look into turning the park into an actual resort.

Come 2012 the hotel will look greatly different than it did a decade ago. Gone will be the bland, dated, concrete appearance in favor of a retro-contemporary look and feel. The idea is to makeover the hotel into the West Coast version of Walt Disney World's Contemporary Resort. Not to clone it so-to-speak, but to give the building its own distinctive variation of that kind of concept. Once those picturesque monikers run across the tops of each tower it'll look a whole lot swankier. While my own desire is to have a hotel with a V(m)ictorian feel like the Tokyo Disneyland Hotel/Disneyland Paris Hotel, plans for a hotel such as this won't likely arrive until the later part of the decade. Still, with all the new offerings, this classic hotel will finally move into this century and help turn the resort into an actual resort.

Happy Birthday, Disneyland Hotel...
Posted by Honor Hunter at 1:56 AM

For an endless selection of photos and paper scans of the hotel's past, check out Don Ballard's blog, his book is a must have!

You mention "picturesque monikers" running across the tops of each tower, but so far, I have seen exactly zero architectural renderings or artwork depicting what the full look of the remodeled towers will be. If you know of anything available online, it would be great if you could post a link.

So why the hell do Paris and Japan get great-looking hotels with real charm, lavish details and magical personality, while we Yanks get a box with glitter on it?

I was very unimpressed with the original Disneyland hotel, and what I've seen of the refurb impresses me even less. It still isn't worth the ridiculous rates Disney charges for it.

Unfortunately there is no artwork of the towers exterior that WDI has released publicly...

Honor, can you describe what the tops will look like? As they are, it is quite unimpressive and feels half finished.

I sure hope there will some more details in and on the Disneyland Hotel towers. Right now they are considerably LESS attractive than before being remodeled. When walking through the "new" ground floor lobby area of the former 'Sierra" tower, I was sure this was the "before" look... featuring low quality quasi-traditional decor of no discernible theme. The rooms (now without opening windows/sliding doors or balcony to see Disneyland from) seemed somewhat up to date, but the rest of the 'finished' tower with its ugly color scheme, most certainly did not. So far this is big step backwards.

The Disneyland Hotel "remodel" makes the hotel now look like a bunch of office towers. And the rooms . . . YUCK . . . not to mention that monstrosity waterslide concoction. I agree with others here. Shouldn't the original Disneyland be getting the most impressive "Disneyland Hotel" instead of an office complex?

I'll take the Holiday Inn too. It will have the same character at a cheaper price.

Ok, while I too don't really care for the towers new look, it's not finished and I'll hold off till then on a final opinion.

That said, I can't imagine thinking that the towers look worse now than before the makeover. They were three, ugly concrete relics to the 60's. Bad representation, not something I would want to stay at. Dated and boring.

I'm not getting the hate for the new tower design. The old towers were very dated and the entire hotel was bland and lifeless. I only recently stayed at the Disneyland Hotel this year, in a refurbed room, and the room was really nice.

I would have preferred a brand new hotel, but this is a step in the right direction. And more importantly, the hotel will now have a theme.

And don't even get me started on those hideous waterfalls that were removed...