The Price Of Happiness... 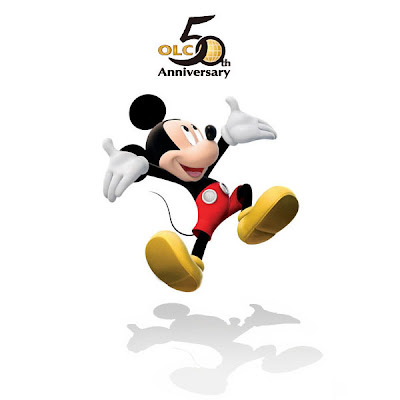 Last year Tokyo Disneyland celebrated a quarter of a century just as the parent company passes the half century mark. The OLC is a company that plans out ahead, and is a vast business with many real estate holdings all across Japan. The primary one, and obviously most valuable one of course, is the Tokyo Disney Resort. Last week the company released a preliminary plan for the next few decades, giving us a peek at what lies ahead for the resort and its two parks.

It the report, which spans out the next twenty-five years is just an estimation, but there are signs that give you an idea of what lies ahead. Like? Well, starting next year there will be over 2.4 billion dollars spent on the Tokyo Disney Resort over the next decade. That's enough to create an entirely new gate (Tokyo DisneySEA cost approximately 2.2 billion dollars). No, I don't believe this spending will be earmarked for a creation such as that. There may someday be a third gate in Japan, but it's not in the near future. So that model in Glendale will just have to sit and wait, unless the Suits of WDI are able to work some real Disney magic; convincing them to pony up for another park. Since it hasn't even been a decade since the Second Gate was built, it's not yet time for another. In fact, I don't want to see another park built right now. The main thing that needs to be done is to add more attractions to DisneySEA. Although it's the most stunningly beautiful theme park the Mouse has every built, it's still has less than thirty attractions. The smartest thing that can be done right now is to increase the attraction count so that this beautiful theme park can compete with the offerings over at Tokyo Disneyland.

So no new theme park will be added in the Land of the Rising Sun with that budget. But still, that's a lot of money to go into the parks/hotels/retail. The majority of new entertainment and attractions will be focused on from present to 2016. Then next five years will be focusing on "renewals and improvements." The OLC and WDI aren't going to be releasing any info until probably next year, but several projects are being planned. If everything goes well, we should hear about a new E-Ticket for TDS by late 2011/early 2012 that will hopefully be opening in late 2013/early 2014 (presuming nothing changes); with plenty of surprises set up to be opened by the Fifteenth Anniversary of the aquatic wonder.

Now, when they're talking about new attractions between 2011-2016, I don't think they're referring to some of what has currently been announced. If you look at the cost of Fantasmic!, that's $33 million and 2012's Toy Story Mania is coming in at $116 million (DCA's cost $80 million). That leaves four years and well over two billion to be spent. The question that most Disney Geeks/Fans have is what exactly will it be spent on? I know the Imagineers have a few ideas they're working on.

And they've got a prospective buyer...
Posted by Honor Hunter at 8:45 AM

Wait. What? What model? There's another park planned? What theme? What's it about?

Well, a CarsLand seems unlikely for DisneySea, that leaves Toy Story or Finding Nemo to choose from. There are no other options. Probably a Finding Nemo thing, Crush's Coaster, right? If it's not a Pixar clone, then it's a clone of something else. They're building 2 Little Mermaid shows right now, how about that? Tokyo can have one too.

I hope OLC goes for something original, TDS deserves it.

Now that Disney owns Marvel, perhaps they can put one of those characters into Disneysea? How about Namor: The Sub-Mariner? He's from Atlantis. This would be a cool undersea adventure where you're fighting against monsters and such.

It's hard to tell from the google maps, but I'm hoping that there is room for the Little Mermaid Dark ride in The Mermaid Lagoon. DCA's small show building is an encouragement. I think the Little Mermaid dark ride would be the perfect topper for a beautiful, innovative land. Always one of my favorites to visit at Tokyo Disney Sea, especially on the sweltering hot summer days.

Where did you get your figures on the costs for Toy Story Mania? They feel very inflated.

Which figures? The American figures are internal as the Walt Disney Company doesn't always release the cost of projects. The high cost of this D-Ticket attraction is one of the reasons Rasulo wanted to clone it, which is one of the reasons you saw it announced for the Magic Kingdom and now Tokyo DisneySEA. Those are from very trustable Bothan sources that I have come to value for extremely accurate information.

The Oriental Land Company figures are from the OLC press releases as they tend to list their cost project by project. The only difference is they're in Japanese Yen and this is a conversion into American Dollars. The actual cost was 115.9 million dollars, but I rounded up. But this was the cost in May when it was announced. The cost is ACTUALLY more now. It's almost $137 million now ($137,942,946.80). So the cost are nowhere near over inflated. If anything, my figures were under.

That good enough for ya?

Highly inflated? Another wonderful sceptic. You obviously have never dealt with attraction or WDI for that matter. They're extremely expensive, more so than Universal Creative or Thinkwell. They still do stellar work, but the cost can be ten to twenty percent more because of the labor situation. TSMM is a very well themed Disney ticket, I know the people in the park like to refer to it as an E-ticket, but we know it's a D. A good D none-the-less.

But your figures are very close to the actual cost of it. The rational inside is the more clones they make, the more it'll be justifiable.

Maybe OLC would like to like to invest in Shanghai Disneyland? They were talking about investing out of their box.

The Mermaid ride would fit into the existing Mermaid Lagoon, and there's still a big plot of land next to Indiana Jones that could be used for Discovery Bay. Then there's the New England waterfront section...

And then there's the whole Tomorrowland re-design that's been talked about, which will likely include a lot upgrades (Star Tours 2 included). And then there's Adventureland, which may get a new addition, and Fantasyland upgrades like in California/Florida/Paris (Dueling Dumbos, etc). Instead of building a third park, while letting the others wither, they're going to build up and improve the capacity of the parks they have (something they could learn a thing or two about in Florida).

They're currently working on Soarin' for the Mediterranean Harbor, so there's that.

There have been several ideas for the "lost" land near Indy.

An updated Soarin', I hope. It's bad enough that Epcot had to "steal" DCAs best ride. Now TDS? The only way I could see it fitting in TDS is if you soar over The Mediterranean.