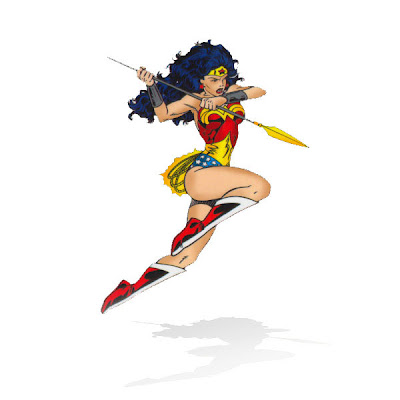 A Princess prepares for the small screen...

So that Joss Whedon script for a theatrical film of the Amazon was scuttled a couple years ago. Now David E. Kelly wants to bring Diana back into another television series. If there is anyone that can write good female characters, it's Kelly. Whedon also pens great female roles, but the Warner Suits didn't want to go in his direction. Luckily for Marvel fans that now allows him to work on the "Avengers" film. I hope Kelly's version respects the character (unlike William Dozier's horrible pilot) and follows some of the Greek mythology that was built up over George Perez's run on Wonder Woman. Hey, maybe Kelly can get his wife to play Princess Diana's mother? That would be some cool casting there.

Just don't write in an invisible plane...
Posted by Honor Hunter at 11:06 AM