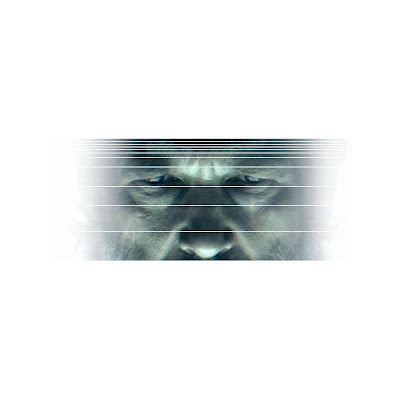 The special added trailer/advertisement of "Tron Legacy" debuted over the weekend to guest at DCA...

As we reported back in September, the post show after World of Color ends is now a two plus minute promotion for the new film that comes out this holiday season. Having seen it, I can say it comes off as a fantastic bonus for those watching the show. Watching it Friday night was humorous since I knew it was coming but the other guests did not. The reaction was pricesless as people tried to figure out what was happening. If you haven't seen the show yet, this is a great extra value. If you have seen the show, this is definitely worth seeing. It makes you imagine what they're working on for next summer with "Cars 2" after the show.

Seeing Tron projected onto California Screamin' gives a whole new meaning to get on the grid...

Hat Tip to Peter at /Film for inspiring the title of this post.
Posted by Honor Hunter at 7:58 PM

The marketing behind Tron Legacy has been nothing short of brilliant. I haven't seen a better viral marketing campaign from a studio ever. No matter how it does at the box office you cannot deny that the marketing department from Disney has done an incredible job with promotion for this film.

I think Warner with the Dark Knight was a better marketing campaign, but this is a close second.

Too bad Tangled hasn't been as good a marketing job. Still, the reviews from people I've heard who seen it said it was great.

My freaking God, I just saw a movie of it and it looks awesome!!!!! They did a hell of a job programming this "TRONconre!!!"

I don't know that I would consider a commercial after the show to be "a great value".

I realize that the parks are, in themselves, frequently an advertizing venue. But usually it's sufficiently nested in some kind of content, like a riverboat show or a character greet. If this Tron thing really is just a two-minute trailer tacked onto the end of World of Color, it is crass and lazy.

At least they had the courtesy of putting the ad after the show. But I suppose it won't be too long until we see commercials for movies, DVD releases and Coca-Cola before WoC and Fantasmic.

Dude, did you check out the link Honor put in the article? It's not just the trailer, it's a collection of scenes and stuff set up to the technology. The video looks great, but seeing it in person is amazing.

Don't be so negative, Cory. I bet you'd be there with bells on if it was a new 20,000 Leagues teaser done by Fincher. I know how you like Steampunk.

It's entertaining and impressive, that's not a bad thing.

I was in th park on Friday and saw this. All I can say is I was 'blown' away! Most amazing movie trailer I have ever seen. I will see this movie just because of the WOC trailer.

Hopefully, Disney handles Tron well beyond the pre-push for advertising. One of the recent trends is to hype something so much before it hits, then once it's released, do nothing.

And, hey, WDW wants some Tron love, too. Tronorail is cool and all, but this is more buzzworthy.

You should definitely check out the video. This is more then just a trailer. It's a stylized water show set to the theme of Tron: Legacy. It utilizes all the surroundings that World of Color does, using the same water effects, lasers, and musical cues.

It is a treat to see.

I really am a befuddled that the marketing has been so good for "Tron: Legacy" but so bad for everything else Disney has put out. The marketing for "Tangled" has been awful. "Secretariat" failed to deliver. The marketing for "Sorcerer's Apprentice" didn't work at all (they made it look all dark and mysterious, then they waited until it was too late to advertise it as a fun family adventure). Why is there such a huge discrepancy between Tron and everything else?

I think Tron is beloved by the marketing department so it inspired them creatively to put their best efforts toward it whereas they knew Sorcerer's Apprentice was a misfire from the outset and didn't know how to make it look interesting. With Tron the company is taking a huge financial gamble so they can't afford it to bomb so they are betting all of their chips that it will be a hit, or rather ensuring that it will be a hit with all of the exposure it is getting. People will go see it out of mild curiosity regardless of how good it is.

Anonymous... Besides the fact that I hate Steampunk and consider calling 20K "Steampunk" is an insult to it, I would feel the same way. ElecTRONica actually had content to it and I would be totally down with it if I could go. Whatever that thing tacked onto WoC was, it smelled of crude advertizing.

J... I have watched it and it left me cold, knowing that it is just advertizing *shrug* Hit me up on the same idea a few years from now when it's including Tron in the same way it's including other Disney classics.

^
It's very much like the Bellagio show that was "hijacked" for a Consumer Electronics Show promotion in 2007 (http://www.youtube.com/watch?v=oygGTRwa2FI&NR=1).

While the Bellagio was a one time promotional gimmick, the DCA/Tron promotion looks to use the same kind of "hijack" attitude as an ongoing promotion of Tron Legacy and/or ElecTRONica.

Croca, nothing about this show was "hijacked" in fact the use of the Tron imagery was creative and sublime. Most people in attendance probably have no idea that it was from Tron Legacy but it was a creative way to promote it by planting the subconscious seed so when they do see advertising for it they go "Oh yeah, I've seen that somewhere before."

I'm saying "hijacked" in the manner of how it appears that the WoC show seems to be "taken over" by the MCP.

Of course it's advertising. I just thought it was interesting how it seemed to "take over" the WoC show - the WoC title colors change to blue as the Tron segment begins.