Pirates For Programs, Pistons For Princesses... 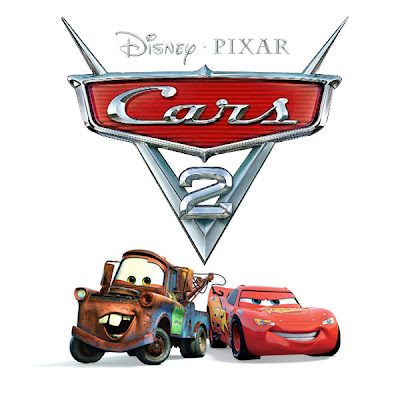 I knew I shouldn't have sat on this...

I was told this last week and chose to wait until later this week or next to post it. Then Disney decides to put the trailer for "Cars 2" out on the Net a couple weeks before it was going to be put out. Sneaky Mouse. I hadn't seen it, but had the teaser described to me. And it's a teaser trailer, not an actual trailer with much (if anything) from the film. That will come closer to X-Mas/New Years.

Below is what I had prepared to come out later this week. Already dated... Sigh.

I'm sure many of you saw all the blogs/sites mentioning the news about the trailer for "Pirates of the Caribbean: On Stranger Tides" being in front of "Tron Legacy" this December...

Well, if they're able to finish it this week, you're going to get another trailer in early November. No, not for Jack Sparrow's new film, but Lightning McQueen's new film.

That's right. Work is being done so that a teaser trailer to Pixar's "Cars 2" will be attached to Walt Disney Pictures "Tangled" this November.

Now, if enough boys show up to that film to see this...
Posted by Honor Hunter at 8:26 AM

Before all of the condescending jerks say how much they hate this;

I have to say that I really loved Cars and I am really looking forward to the sequel!

Honestly Honor, do you really think that Iger and Lasseter would be pleased to know that their employees leak you information? ;)

"Honestly Honor, do you really think that Iger and Lasseter would be pleased to know that their employees leak you information? ;)"

No more than they would be upset with Deadline Hollywood scooping something someone mentioned to them...

Except Deadline Hollywood will print something theme park related as a "scoop" when it was reported months earlier at many other theme park websites.

She supposedly scooped everyone on the Simpsons ride and Harry Potterland but they were all over the web. She sent me an email that dismissed the other sites as gossip only with no hard sources. I'm sorry but your, Lance and Al's info to name a few is usually dead on.

By the way, she dispelled the Spiderman actor deal as rumor also. I know that was sour grapes in the worst way.

"Before all of the condescending jerks say how much they hate this;"

Posting a condescending comment like that is just asking for ridicule. Since you asked for it I will be happy to oblige;

You asked for it, pal.

Cars has been a throughly developed film that grew on me more and more each time I watched it.

I'm hoping Cars 2 will be just as good. I know a lot of people that are holding their breaths that this will fail. Many people consider Cars to be Pixar's worst film to date. (Doesn't mean it wasn't good). But they hold that as a standard to beat, and those same folks that count Cars as the worst will be counting double on Cars 2. Some without much thought or try.

Look on the bright side, at least you (hopefully) earned some credit for keeping your word and sitting on it.

And I'll concede that "Cars" is probably the least of the Pixar films, but it's still very entertaining with fun characters and it has the requisite "heart" and emotion that all Pixar films have. And kids love it.

I agree with Anonymous #1. I loved "Cars" and am eagerly awaiting the sequel.

For those of you that like Cars - Check out World of Cars Online worldofcars.com

I thought Cars was a flashy snoozefest. Will not be going to see more of the same.