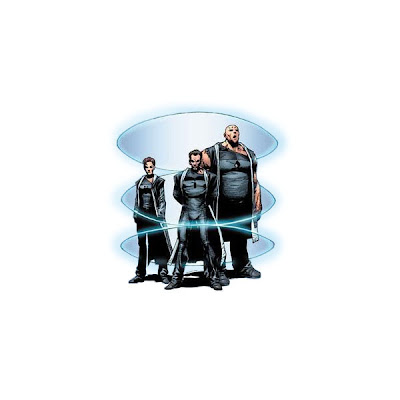 Well it appears that the new Superman film has an official title and a villain...

The film will be called, wait for it: "Man of Steel." For sometime people have wondered what it would be known as and some have referred to it as "Superman: Man of Steel." Personally, I love the title and am glad they didn't put Supes name in front of it. I mean, would they really have needed "Batman: The Dark Knight" to make sure everyone knew what that particular film was about?

Of course, the other news is that the villain will be General Zod himself and he will be played by Michael Shannon. A great addition to the cast. So far, it appears that this film is going to be filled with some fine acting talent. I can't wait to see the first shot of the new Superman suit. I hope that Goyer has put together a great script, because as much as I love Snyder's films, he's a man of visuals and needs a firm foundation in script form. Sucker Punch clearly proved that. I'm just wondering if I were to get a copy of the script would I read it. That's a tough one.

Snyder stated, “Zod is not only one of Superman’s most formidable enemies, but one of the most significant because he has insights into Superman that others don’t. Michael is a powerful actor who can project both the intelligence and the malice of the character, making him perfect for the role.”

As General Zod, Shannon will go toe-to-toe with Henry Cavill, who plays the new Clark Kent/Superman in the film. The main cast also includes Amy Adams as Lois Lane, and Diane Lane and Kevin Costner as Martha and Jonathan Kent.

Michael Shannon was honored with an Academy Award® nomination for Best Supporting Actor for his role in Sam Mendes’ “Revolutionary Road,” with Leonardo DiCaprio and Kate Winslet. Shannon was most recently seen in the award-winning HBO drama series “Boardwalk Empire,” from executive producer Martin Scorsese. He will next be seen in Sony Pictures Classics’, “Take Shelter,” from director/writer Jeff Nichols.

Terrible. The Dark Knight was the sequel to Batman Begins. Man of Steel would have made a better follow-up title. The first film in the reboot should at least have Superman in the title. The more I read about this the worse it keeps getting. Zack Snyder sucks.

Love the casting thus far (sans Kevin Costner, of course). Hopefully, they'll kill off Costner 5 minutes into the film, before he can ruin another film. I will NEVER forgive what he did to "Robin Hood": everyone else was fantastic, but he ruined that film. And that's probably why Alan Rickman was never given an oscar for his performance. The academy was too distracted by Costner's disgusting poor acting abilities.

I think Costner is pitch perfect for a mid- western kind of father figure. He exudes that kind of charm. Everyone so far is great. Now if only the script is on par.

My hope is that with Man of Steel we get Zod.

With the sequel we get Brainiac.

With the final and third sequel, we get Darkseid.

Now THAT would be a hell of a trilogy.

From your lips to the Warner Suit's ears, Jimmy...

"The Dark Knight was the sequel to Batman Begins. Man of Steel would have made a better follow-up title."

I agree. It should totally have been "Superman Starts"...

I'm amongst the camp that thinks they should just jump right into the mythology. We've seen Superman's origins already. We've seen them a whole bunch of times. There was a whole TV show about it. We get it, and I'm not entirely sure that another retread is going to shed any more light on the subject than there already has been.

What I hope is that they take a queue from All-Star Superman. Superman's explanation to his fellow Kryptionians about why he doesn't just take over Earth was brilliant. In some ways, that's really the biggest question about Superman: why doesn't he just take over? That sort of conflict is perfectly suited to the distinction between him and Zod, or even between him and Luthor, Brainiac and Darkseid. It's how he answers that question that makes him a hero instead of a villain.