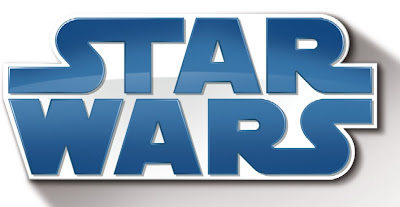 That's how much Star Wars there will be over the years starting after Episode VII...

News from Disney's presentation at CinemaCon let the world finally know what has been speculated:  Star Wars every year.  When there isn't a chapter with an Episode before the title, there will be a stand alone film.  And you can be sure that the ones that are successful will have sequels of their own.

Kathleen Kennedy has been taking meetings with a who's who list of talent over the past few months, with several of them pitching there dream projects in George Lucas' universe.  Several projects have been lined up for development, others have been discarded with courtesy to the pitchers.  But a small selection of pitches have been given the opportunity to move forward.  You're not likely to hear much about these until we more information about J.J. Abrams' take on the galaxy.

And we know how forthcoming with info J.J. is...
Posted by Honor Hunter at 1:16 PM

Possible oversaturation, hopefully the standalone films can actually stand on their own and be good movies just set in the star wars universe

Hope one of the stand alone films it The Jar Jar Binks story.

Too much. Make it every 1.5 years , with a new episode every 3 years. Just enough time for people to start getting hungry for more galaxy far far away stories again..

Time will tell if the strategy works or not.

We've been getting 2-3 films from the Marvel universe for quite a few years now. In addition to the Avengers properties that Disney owns outright, other studios have been putting out the X-Men films, Spider-Man, Ghost Rider, Fantastic Four, etc.

Maintaining good quality will be the challenge.

It will also be interesting to see if the films are all set in roughly the same timeline. The Star Wars expanded universe has grown very broad. I think it could be very confusing the average movie-goer if films are set decades or millennia apart with different heroes, villains and supporting characters.

In the end, I'm sure box office numbers will dictate strategy.

Over saturation is right. When DIsney gets their teeth into something, they have a penchant to continue until overkill. SImple things like collectables (pins, watches, Beanie Babies, and now Vinylmation) become so overdone that they lose the allure they had in the first place.

The same goes for their focus on brand and franchises. If they would just produce outstanding products, but avoid pushing them too far, most people would be satisfied and not feel overwhelmed.

I agree, one film every year makes me worry about quality. I understand they can have several projects in production at the same time... but the reason why it works for other film studios is because it's not all from the same series. I mean... hey if they are good films (let's say a Shadows of the Empire adaption) then sure, give me as many as you can handle! But I also fear that it may over-saturate things and make Star Wars feel less special and unique.

Although Disney clearly knows a strong brand when they see one, I'm not sure they fully grasp WHY a brand becomes successful the way they do. Marvel movies are designed for constant installments, each centered around a different character and villain, much like the comic books they're based on. Star Wars is not Marvel; Star Wars presents itself as a unified saga with an almost mythical place in American culture. On the rare occasion a Star Wars film comes out, it's a huge event that the world population comes out to see. Disney can't simply expect to start rolling out Star Wars movies after Star Wars movies, expecting them all to be as strong performers as they always have. They've become very out of touch with how their brands actually work.