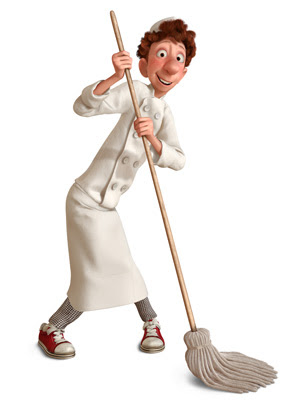 The Lamp has been known for original films for most of its history...

But that doesn't mean a lot of people wouldn't like to see more stories of their favorite characters.  And Emeryville has started to make more films as long is it has a story worth telling.

Alex Zalben over at MTV News got to interview Patton Oswalt and one the questions he asked was the possibility of a sequel to Pixar's "Ratatouille" in the actor's future.  Click over to see what he had to say.

Brad Bird has a lot on his list and a return trip to Paris won't likely  be in his future...
Posted by Honor Hunter at 2:27 PM

...and that is a shame because RATATOUILLE was a treat.

Dear lord, no sequel. The original film ended perfectly. Leave it there.

For those who don't have a chance to watch the video. (The 30 second MTV ad before it is longer than the clip!) Patton Oswalt states that he'd be happy if they didn't, since both Ratatouille and The Incredibles were such perfect movies. He then says it's up to Pixar and notes that they never make a sequel on a schedule, only when they feel they have a great story for it.

Yeah, but the Pixar Sequel everybody want it's THE INCREDIBLES, and it's the one that we won't get

I'm afraid I'll be waiting a long time for The Incredibles.

no thank you.... I can understand finding dory and monsters U but ratatouille was wrapped up well and I do not think there is a sequel there

Ratatouille was a silly and zany movie. I liked it very much. But I think there are lots of ideas for new movies that they could do. Maybe they could do ratatouille short films where Remy tries out different recipes. No reason there can not be short films with these characters.