Galaxies Behind, Galaxies Ahead... 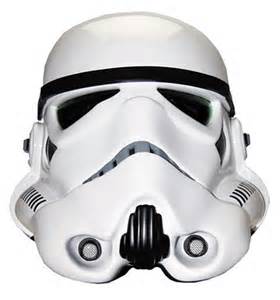 With the cancellation of Cartoon Network's "The Clone Wars," fans of the series were left with many questions...

Some of those have since been answered, but most of them will be resolved over the next year or two.  Many Star Wars fans were upset with the announcement there wouldn't be a sixth season of the show.  Everyone simply thought that it would move from Cartoon Network to Disney XD, the Mouse's channel for all things male.  When it wasn't, fans cried that Disney was ending the show too early for their own greedy purposes.  Such appears to not be the case.

While there won't be a regular continuation of the series, it doesn't mean there won't be some form of resolution.  It may be a series, mini-series or series of films.  Lucasfilm will likely debut the finale of TCW on one of it's channels (Disney XD, ABC, ABC Family, etc.), or it could go the route of film releases like The Clone Wars movie (the least likely strategy, I've heard).  The plans of Kathleen Kennedy, along with Alan Horn and Bob Iger are still being worked out, but over the months ahead the strategy will unfold.  It's the closing chapter of the company's past.  But it's also a doorway to the new and exciting shows, films and games that Kennedy has in store for us.

When "Episode VII" is released in a couple years, the galaxy will be limitless...
Posted by Honor Hunter at 10:51 AM

It's like she's executing order 66...all remnants of the old republic are being washed away...

I watched the first couple seasons of The Clone Wars with my son, who was 7-8 at the time. But I gradually lost interest over time. (Not that the storytelling wasn't good...I just didn't personally have an appetite for the series anymore.)

Nevertheless, it seemed like the series debuted with a specific plan in mind. I remember hearing stories of a 4-year finite run. If there was any truth to that, I guess the plan went out the window.

Still, I held out some hope of an eventual finale which tied-up all loose ends (Ashoka's fate, etc.) and lead right into the opening scenes of Episode 3. I would certainly have returned for that.