Blue Sky Buzz: A Long Time Ago, In A Land Not Too Far Away... 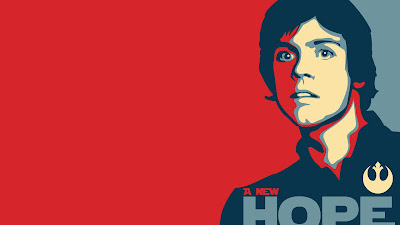 Yes, I know that you've seen those questionnaire at Disneyland, but there's more...

Much more.  Everyone is thinking that the Mouse is going to add a new ride, or land here in Anaheim, but it will be a land, and not just here.

There are at least two other locations that have plans for Star Wars lands to be build over the next 3-5 years.  These two locations are international, in addition to the land here, and a possible one in Florida.  It's always been my hope that Florida Project would get an entire Star Wars theme park, but as of now that's not the plan.  It appears that the financing for an entire new park might be too much given the current economic state of the world.  But lands?  Lands will work just fine for now.  And like the Cars Land area, the thought is to have at least three attractions.

The Imagineers in Glendale are in deep blue sky mode right now and several plans have been presented.  As of a few weeks ago, my Bothans said a final design was yet to be chosen.  Tom Staggs working closely on it, with an eye on a place his sons would love to go and ride/play.  George Lucas is being kept in the loop and Kathleen Kennedy has full authority to nix any plans that don't meet up with her taste.  Of course, Iger has final approval.  But what you've always thought of has been pitched.  From a Tattooine landscape to a Coruscant themed landscape have been presented.  Imagine the characters?  Perhaps a parade themed to land?  The meet and greets would be awesome too.

Depending on how smoothly things go, D23 could be very interesting...
Posted by Honor Hunter at 2:57 PM

Sounds spectacular...Hope it comes true! Would the land be part of DL or a 3rd gate? And would the international lands be clones of the Anaheim one, or would they be different?

Great to have you back Honor. The idea of a Star Wars land is really exciting, I think it's exactly what Disney needs now that Harry Potter will be on both coasts.

Is there any more news on the possible Incredibles 4D ride? That idea sounded awesome

There are rumors that both DLR and WDW have 3rd and 5th parks under development. The current rumor for Florida does include a Star Wars land. The latest rumor says that the WDW theme will be Disney Heroes and Villains. It would not only include animated films, but also SW and Indiana Jones. Sure, this is future planning, but my guess is that it may be open by the 50th anniversary of WDW. The other popular rumor is for DHS to get a SW land and, of course, a Cars Land. Excuse my Imaginerding, but I thought that they might replace the tire ride with a Car Wars ride, thus tying in the SW theme. This could also be done by adding a SW themed Muppet ride. They already have merchandise like the SW mashups I've mentioned.

So, that rumoured DLP Star Wars retheming of the back part of Discoveryland it's a go?

I'd like a full Star Wars park, but I'll take a land. Although A Sci-Fi/Fantasy park would be major cool.

That's exciting news! Thanks for passing it along. If they theme a land as well as they did Cars Land, and have at least 1 E-ticket ride, I'd be thrilled.

Where would the Land fit in Anaheim? some people have been guessing a SW land would take over Tommorrowland. Anyways, i really hope it happens.

"Depending on how smoothly things go, D23 could be very interesting..."

My sister and I will be attending the D23 Expo, it's going to be one of the highlights of my year.

Last week I heard about Tron Light Cycles in a refreshed Tomorrowland. Now Star Wars Land. Where will it go?

In Disneyland park - if so, will it replace TL, or will it be adjacent to TL? maybe where the subs and autopia are.

Or will it be in DCA?

This brings more questions than answers.