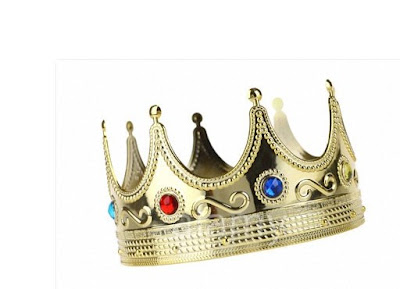 A NOTE: Thanks to all who have expressed the warm wishes for me.  I'm greatly touched.  The real world has priority, but blogging should begin to become more common over the next few weeks.  I've missed you, and hopefully, God willing, we'll get to spend a lot of time together.  There's a lot of exciting news We/I haven't been able to cover.

It is less than two years before a pivotal event occurs...

Last month, being March would have marked the two year countdown to the transfer of power from Bob Iger to his successor.  And who is that successor you ask?  Well, as of right now Iger probably doesn't know.  He's got an idea.  He's got a favorite.  But the actual decision has yet to be made.  What we do know, is who is in line for his job.  Once that person is installed/elected then Bob will go off to the title of Chairman Emeritus for at least another year, but he'll be in an advisory roll for the most part.  So who are the ones that have their hands out for the crown?

Tom Staggs - The former Chief Operations Officer of the Mouse.  Currently the Chairman of Walt Disney Parks & Resorts, is the current odds on favorite to get the job, but by how much we don't know.  Staggs has become a common guest at several of the parks, particularly the ones at the Disneyland Resort.  Unlike Jay Rasulo, Staggs and his family have been seen often on both sides of the Esplanade.  Since taking the job he's had a much more proactive role in determining what gets done and what gets approved.  And having boys has had a different take on choices for future attractions.  This is a stark contrast to Rasulo's "Princess-centric" view of the Disney kingdom.  Odds 3/1

Jay Rasulo - The dark prince himself is in the running for the crown, but thankfully he's not the favorite.  His lack of care at the parks and his One Disney initiative have complicated his chances.  But he's great with numbers, which a person lacking in creativity would be be perfect for.  Hopefully, if he's passed over he'll stay in this position, as an executive bean counter I have no problem with him.  But having him in charge of the creative process is a bit scary.  Were he to get the job, I'd be frightened for the company.  Can we say Paul Pressler II?  Let's hope not.  Odds 10/1

Alan Horn - One of the surprising new guys on the block.  Horn took over last year in the film division.  But let's not think that Walt Disney Pictures are all he can (or wants) to handle.  Alan Horn was President and COO at Warner and he's used to handling a large part of an entertainment company.  And he might eventually find the confines of the studio a bit too small.  Iger will have to do a balancing act when choosing between Horn and Staggs for the top spot so as not to have either go somewhere else.  Egos at this level are large, but also fragile.  It's easy to be offended when you are at this tier of the business, but some Suits have the ability to rise above it.  Horn is known to be wise and gracious, so if he's passed over he might show the good side of his character.  Odds 5/1

Kathleen Kennedy - The outsider that could shake things up.  We know she just came to power over at Lucasfilm, but Kennedy is a major power player in Hollywood and Iger may want to take advantage of her skills as well as be known as the man that put a powerful woman in charge of the Mouse.  Kennedy has developed major skills over the past three decades dealing with the likes of Steven Spielberg and the Bearded One.  She could also open the doors to many in the town that aren't accustomed to working with Disney.  A fresh perspective from her might be the kind of turn that Iger feels is needed for him to step away from.  Odds 7/1

One of these four executives is likely to be in charge by this time two years from now.  Of course, things could change, but it is more likely that individuals will the ones that get the nod.  Times always change and the Walt Disney Company is headed for another major change in leadership.  It's a good sign that Iger realizes he shouldn't be in power forever.  He knows that he doesn't want to overstay his welcome like Eisner did.  I have to give him credit for setting up his own sunset without having to be disgraced sometime in the future like his predecessor.

Personally, I'd love to see Staggs get more recognition, but on the flip side I'd hate to lose him as head of the Parks. His re-envisioning of the New Fantasyland caused me to renew my annual passes. If it was princess land, my three boys would not have been as excited...

Personally I would like to see Staggs rewarded. He is the reason I renewed my annual passes when he re-envisioned New Fantasyland. But, I want him to stay in charge of the Parks as well...

So great to have you among us once again, HH! Hope all is well....

Once again, an insightful post, and while Staggs would seem to be a great choice, I think I'd actually be more excited to see Kathleen as head of the company. Either of the two would work for me.

I used to like Staggs but then came Avatarland. I don't think he's creative for this job.

I hope the rumors are true and the major shareholders convince Iger to stay.

Anonymous, you're only saying that because you have a personal agenda against Avatar.

Whichever one is capable of easing Perlmutter out of the company has my vote.

Great to have you back HH, hope things in life are improving.

Also, Honor Hunter, with news of recent company layoffs (hand-drawn animation, LucasArts, etc.), we really need a voice of reason like you to reassure us that unlike the Eisner years, everything WILL be alright and that 2D films WILL resume production, etc.

Phillip,
RE: "Anonymous, you're only saying that because you have a personal agenda against Avatar."

It's not that I have anything against Avatar, it's because Avatar has nothing to do with Disney. It makes the parks feel like a swap meet.
If Avatar was a Disney film, that would be different. I felt this way about Star Wars and Indy in the parks before Disney bought Lucasfilm. Now I'm okay with it.
I feel the parks should remain uniquely Disney. That's just my subjective view.

Well, another thing that makes your point moot, Anonymous, is that Disney parks still have attractions based on properties that they still don't own, such as The Twilight Zone (which is owned by CBS) and American Idol (which is owned by Fox, I think).

So, this whole "it makes the parks feel like a swap meet" mentality is non-existent, because it does not give that kind of a vibe at all!

OK Phillip,
Let's add Transformers to Epcot, Change Test Track to Fast and Furious, add The Flintstones to Toontown, add Star Trek to Tomorrowland etc. I get it now, you're right.

Philip,
I'm right, you're wrong and you are a stupid jerk!