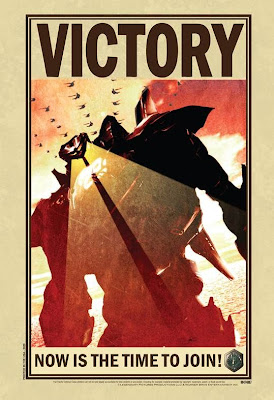 Guillermo del Toro is someone we love to talk about here at Blue Sky...

We're continually waiting to hear what the suits at the Mouse are going to do with his "Haunted Mansion" film.  Green Light it, we hope.  But each project he's associated with is a geek parade of wonder.  His newest film, "Pacific Rim" is getting rave reviews for the footage that people have seen.  So excitement for the film is rather high.  Other than the trailer, very little has been released from the film unless you seen the sneaks or were at WonderCon.

Well now, Guillermo has responded to the demands of geeks the world over and released the footage that attendees saw an WonderCon:


This was originally intended for only WonderCon, but after listening to so many of you asking for more of the movie online, I think it's time for me to show you more footage. Enjoy, my friends!


And it's pretty awesome.  Roland Emmerich could learn a thing or two from him as to how to do a giant monster film.  Still trying to wipe the memory of that remake he did.  Ferris Bueller as a scientist?  Really?  Anyway, enjoy the footage and prepare for battle.

Visually, looks stellar! Total mayhem and destruction. Which I love. But, there's still something missing in it for me.. I can't quite put my finger on it, but I'm not completely sold yet.