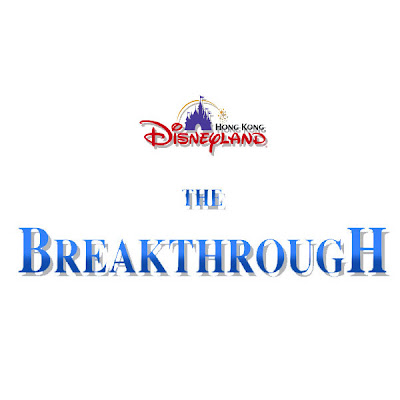 The park doesn't need to be made over, it's quite a lovely park. Just too small with not enough Disney themed/quality attractions. Thank you, Michael Eisner. But it appears that the park is close to getting its own "Extreme Makeover" or at least "Extreme Expansion." It's still in the early phase and things could change but it looks like the park might get close to what DCA got or a little less. For those keeping score, that would be around 900 million dollars(no matter what WDC says about the 1.1 billion). That number is nothing to sneeze at. It'll transform Hong Kong Disneyland into a jewel of it's own. And I hope the rumors I hear are true about a number of the attractions being unique to the park. What a concept! Individuality! Let's hope it spreads. We should be hearing some news by summer, maybe sooner if everything gets signed on the dotted line. Let's hope Jay Rasulo doesn't screw this one up.

It appears the Wall Street Journal has picked up on this as well in an article(Sorry, subscription required).
Posted by Honor Hunter at 12:57 AM

Let's worry about getting the first one right before we focus on a second...

They have till 2013 before the rights expire for that one.

what expire for hong kong disneyland ? not other disney park .

expire for hong kong disneyland on ? what that means ?

He means Disney has until 2013 to announce plans to build a second park in Hong Kong.

PLEASE Let this come true... HK government, don't wimp out on me now...

It's going to take a lot to raise the bar after the Liki Tikis.

Don't be surprised to see another "Extreme Makeover" later this year courtesy of Disney.

Disney is in the hunt for Busch Entertainment, which means they could be transforming Busch Gardens Williamsburg into the long awaited Disney's America (which was originally conceived by Eisner after visiting Colonial Williamsburg, which was one of Walt Disney's favorite haunts.) That would also bring SeaWorld into the fold (can't you just picture Little Mermaid, Finding Nemo, PotC and 20K Leagues being incorporated?)

I really love Disneyland Hong Kong and hope it gets it's expansion. Right now though it seems kind of cute. :p