Your God Of Thunder Has Been Chosen... 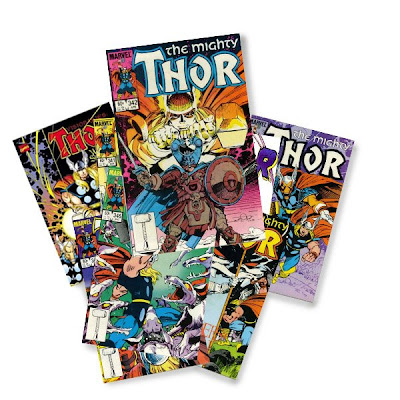 It appears Kenneth Branagh has chosen his Thor...

And it appears to be a pretty good choice. Chris Hemsworth who was last seen as the father of James T. Kirk in the new "Star Trek" series will play the long blond haired, hot tempered Marvel superhero. I was very worried that a Pro-Wrestler would get the gig. From what I hear the audition went pretty good and I trust Branagh as he's someone that knows how to stage something like this. I only hope they stick to the script I read. I really don't want to see the son of Odin turn into an ordinary doctor. I was always fond of the Walt Simonson stories which are what the Mark Protosevich script was really like.

Developing...
Posted by Honor Hunter at 3:38 AM