The Times They Are A Changin'... 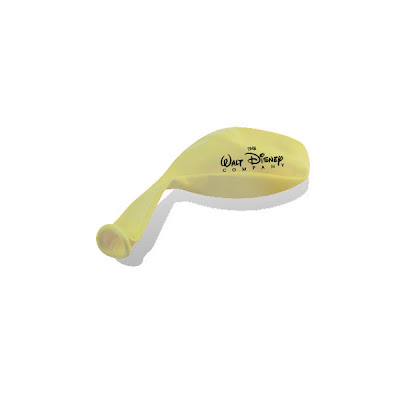 My what a difference a few years make...

When Bob Iger took control he had a gangbuster first year. The profits from the parks and film(particularly Pirates) were doing great. When the economy last year went into the tank we all wondered how it would affect Disney. Now we know...

According to the Wall Street Journal, the Mouse's profit has dropped 46% in the last quarter. This is due to hotel occupancy, per-room spending and revenue from the parks. But the biggest drop of all was the box office. Walt Disney Studios operating income has dropped 97%. That a huge drop.

It's not all bad news though, ESPN and the Disney Channel actually increased revenue since last year by 5%.

When it comes to Walt Disney Pictures, I think they've had a pretty weak schedule for the most part the last couple of years. Next year, with the coming of "Tron 2", "Prince of Persia" and "Rapunzel" should be better. With 2011/12, Disney's prospects look even more exciting with "The Lone Ranger" and "Pirates of the Caribbean 4: The Search For Johnny's Gold," not to mention upcoming animated offering like "The King of the Elves."

Still, I bet Iger wish he had that Tron sequel ready to go this summer. Oh well, there's always the holidays with the release of "The Princess and the Frog" coming up...
Posted by Honor Hunter at 3:56 PM

Judging by this article, what are the odds of Disney being liquidated within the next year or so?

It's making money, just not as much as before. It's the economy, not Disney that's to blame for most of it.

Like I said, next year's film slate is a lot better than what was planned for 09...

Disney stock is up, however.

How much of the weak line up of movies is due to the writers strike? It seems like over all this summer is weaker than last years.

There are times I really wish (though today it seems the case) that Wall Street would accept that "profits are down" still means "the company was profitable".

And I agree, Disney (and sub-labels) have had a down time in terms of releases. Wall-E was a consistent seller with legs, as was Ratatouille, but the longer a film is in theaters, the less per-ticket cut the studio gets.

I'm sure they had higher hopes for Witch Mountain, which did well but not spectacular.

I wonder if DVD sales are down, and how much of that is due to the repeat releases of DVDs (like this year new releases of the original Witch Mountain films (their third in 6 years) and Mary Poppins (it's fourth in 10)).

Of course, there's still Up! to contend with, which has Pixar's label and reputation for overall success (even though it's not always the immediate blockbuster that they used to be), and Up! running with legs means more times for people to see the trailers for Rapunzel and/or Princess.

A little surprised about the parks. I thought they might be a little down, and the overall population at the hotels that I saw (the Polynesian in particular) looked a little down, but Disney is stubborn and does little to adjust their prices downwards no matter what the economy is doing. If they had nocked 30% off the rooms at the Contemporary resort, I might have been staying there last week instead of at the Holiday Inn Vacation Club.

That being said, the parks looked about as packed for the last week of April as I would have expected--pretty good--and I saw plenty of people spending. It was always hard to get a reservation at any of the property restaurants, especially those at the theme parks.

Still, they can make it up. Sequels to Monsters and Toy Story are coming, and franchises are usually guaranteed bank, especially from Pixar. The Incredibles has probably picked up 5 times the audience since it's original release, and I predict a sequel to that, if they ever made one, would do gangbusters.

Oh, and Cars 2. Might be time to Get Monsters 3 and Cars 3 in the pipeline.

A new animated feature in the mold of Beauty and the Beast and The Littler Mermaid certainly wouldn't hurt--I might suggest a soundtrack by Marc Shaiman, Trey Parker and Matt Stone, if they could be convinced to reign in their profane and scatalogical tendencies for a property they don't actually control.

I think taking something like Tron and realizing that, in the 20 years since it was released, it developed a huge fan base, is something in the right direction. Of course, the movie has to be good, too. ;)

Lots of Buzz for Up!, too. There was similar buzz for Wall-E, but Up! looks like the kind of film that will invite a lot of repeat family dollars, more so than Wall-E, perhaps. And there's plenty of money there.

I still say when they've got a hot property, they need to start planning theme park attractions around them, even before their released. Ergo, there should be a very cool Up! E-ticket designed and costed out and if the box office is a success, it could be in progress and well on the way to being done before Up! plays on the Disney Channel. I'm just sayin'. There should already be a Tron ride for Hollywood or sandwiched into Tomorrowland in one of the parks under construction, if you ask me.

Finally, there either needs to be a mid-country theme park (ala Disney's America) or a fifth gate at Orlando called Retro World, a theme park designed to be a home for retired classic rides and parades, with lots of retro products in the stores, and retro incarnations of classic Disney restarants. Olay, this has nothing to do with the bottom line, I just really, really want it. A nice monorail running retro Mark II or Mark III themed monorail. Bring back House of the Future. Captain EO. The classic People Mover. Sleeping Beauty's Castle (1977). The skyway to Tomorrowland. Delta Dreamflight. Tomorrowland Terrace. 20,000 Leagues Under The Sea. The original Tropical Serenade. The Swan Boats. The Disney Story and the Penny Arcade on main street.

Maybe throw in some of the unbuilt attraction concepts, especially the older ones, like the Western River Expedition/Thunder Mesa. The Jolly Holiday with Mary Poppins. Ichabod Crane Headless Horseman ride. Other rides or shows could be "new", but based on old properties (an Oswald the Rabbit ride?), all themed and scored with a classic touch. It would be an awesome park. My favorite part of visitng Dinsey World involves the nostalgia, and every time they re-theme, I'm excited, but I miss the old rides, restaurants, landscaping and theming.

But if they did it in Orlando, it'd have to have it's own leg off the monorail. Maybe a circuit around the park by the monorail. Sigh. Never gonna happen in my lifetime.

Honor you did forget to mention that Disney still made a PROFIT for the QUARTER of $613 million or 33 cents a share compared with a profit of $1.13 billion, or 58 cents a share, in the same quarter a year earlier.
Not as much as last year, but still a HUGE chunk of change.

The parks need new attractions, and I mean GOOD new attractions, on a par with the Tower of Terror. The Toy Story ride is...cute...but really, it's just another Buzz Lightyear - just a glorified video game. That awful Stitch ride needs to be shut down, gutted and refitted with a new storyline at the very least. The Everest ride is a joke, with the Yeti practically invisible and not working most of the time. Non-profitable losers like that antique Muppets 3D thing need to be taken out altogether. And so should the Jungle Cruise; that thing's embarrassing (yes I know it's a park original, but that cuts no cheese for me, nor would it for Walt; the ride is cornball and horribly dated and he'd burn it down himself if he were able). And that awful Tiki Room makeover needs to be made over. Don't get me wrong, I'm a huge Disney fan; I'm speaking as a four-time visitor to WDW. But I won't be going back until something truly new and truly cool happens in that park. A sure lure for me would be to finally build the Beastly Kingdom, with its promised dragons and unicorns. Since Disney stupidly dumped Narnia, the Kingdom is its only chance to compete with the Harry Potter attraction at Universal.

Hey Diz! Wake up and smell the failure!

To the above Anonymous...

Comments like that are further reasons why I find myself saying "Why do I keep communicating with losers such as yourself who only slam the Disney Company no matter what they do and never ever say anything nice about it".

People like you are clearly anti-Disney and ought to be ashamed of having such a condescending attitude!