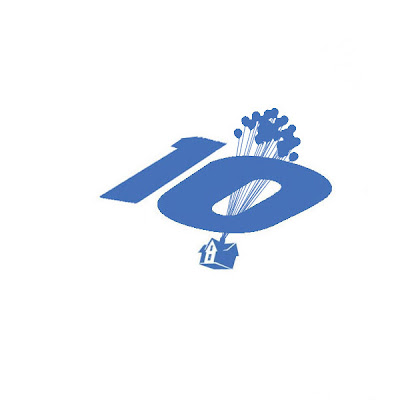 Well, the Lamp has done it again...

Now, this really won't be a review of "Up" though I will share my thoughts and feelings about it. I want to address the success of Pixar in general and use Up as representation of that success since it's the latest example of what comes out of Emeryville.

As for Pete Doctor's new film, I can only say that it's another phenomenal achievement for John Lasseter and his crew. Pete Docter as one of the original Pixar animators goes for the outfield with his second at bat and he hits the sweet spot on the leather. Ok, for those of you that don't understand baseball metaphors let's just say I liked it. I liked it a lot. More than his first film, "Monsters Inc." even. As with all films produced under the Pixar banner, it's a film filled with great, approachable characters that you feel for in situations that make you wonder how they did it. These guys seem to take the strangest ideas that anyone else would turn into a flaming ball of mediocrity and create a jewel of entertainment. In fact, if George Lucas was going to make an adventure featuring an old explorer going to South America for adventure like he attempted to do with "Indiana Jones and the Kingdom of the Crystal Skull," then this is what it should have been. There was more heart in this than that soulless, by the numbers stab at bringing back the magic of my favorite film character. Up is a film that shows us what you can do when you focus on story first.

But then again, that's what every Pixar film does. That is why they've been so successful over the last fourteen years. Ten films in that period and each of them a box office and critical success. Some more than others, but each and every one of them better than almost everything else out there, animated or live-action. I don't know of another studio with such a long, winning streak. Granted, they don't produce four or five or more films a year. They only make one a year (with 2011 being the exception that we get two), but each one has been a hit and many people are wondering what will be the first one to fail? When will we get a box office bomb from them? Or at the least, a disappointment. Well, I don't think 2010 with "Toy Story 3" will be it. And 2011 with the "Cars 2" sequel and the ever growing fan base of young boys it gathers will be it either. Maybe it'll be the Christmas release of "The Bear and the Bow" which will take the traditional Disney animated spot? Or 2012 with Gary Rydstrom's "Newt" film? Of those two I can't say, but if "Monsters Inc. 2" makes it in 2012, which is still tentative, I can guarantee that won't be that one.

Pixar is on a roll. Rolls end, but for now it's one great winning streak that you have to applaud. Succeeding in Hollywood is extremely difficult, succeeding as well as they have is almost next to impossible. Many are hoping that that magical pixie dust rubs off on its owner. Walt Disney Animation Studios took a step in the right direction last year with "Bolt" as Lasseter's first fully influenced film under his management. This year with "The Princess and the Frog" it moves out front and center to see if he's going to be able to not only continue, but expand his winning streak. And then "Rapunzel" next year and 2012's "King of the Elves" sweetens the gamble even more. It could impossible, but having ten films in a row like this could've been said to be impossible as well. At least before Pixar came around.

Now if you'll excuse me, I've got to go plan for an adventure I've been putting off for quite some time...
Posted by Honor Hunter at 1:21 AM

Newt is not going to flop but The Bear and the Bow will.

You've heard something I haven't?

The first 15 minutes of Up are better than anything Dreamworks Animation has ever done combined.

"I don't know of another studio with such a long, winning streak."

Studio Ghibli comes close, although their films make little money stateside they routinely break box office records in Japan, and they haven't had a commercial bomb in Asia in decades. Also like Pixar the majority of their films are near universally praised, although they do release the occasional polarizing film. I'm not saying Ghibli's better than Pixar, or Pixar's better than Ghbili. They're simply two studios that are at the absolutely top of their game, and owe their success to many of the same factors: a bone fide love for animation, attention to detail, presenting universal themes in new and unexpected ways, well drawn characters, and above all else, a knack for great storytelling.

Please let Monsters Inc just be a nasty little rumor that doesn't turn out to be true. I happen to like Pixar not frachising every movie they've made.

"Please let Monsters Inc just be a nasty little rumor that doesn't turn out to be true."

I don't think that's a bad average. They've got two sequels for sure coming out over the next couple years and if they get the story working they'll have one for Monsters.

That's three sequels out of fifteen by the time it would come out. That's not what I would call sequelizing everything. And compared with the rest of Hollywood it's almost nothing.

Don't be so negative, they're not going to make a sequel just for the sake of making it. If they've got a good idea Lasseter will give it the go. I trust him.

I'd love a sequel to The Incredibles. I'm looking forward to Monsters 2 and Toy Story 2 with bells on. I also enjoyed Cars (the weakest of the Pixar films, in my opinion, but still great compared to everything else out there) and, given the Car-toons and the 'Mater and the Ghost Light short on the DVD, I really expect that Cars 2 will be significantly better than Cars. Maybe not as good as Toy Story 2--which was a perfect sequel, picking up all the themes of the first one, expanding on the history and context of the characters, while at the same time coming up with a "new" and interesting story, well-told.

I look forward to Pixar taking cars to the next level. And I expect Toy Story 3 and Monsters 2 to be equal to, or better than, their predecessors.

Also, I just recently experienced the Laugh Floor at the Magic Kingdom. First big thing we did with my 3 (almost 4) year old daughter, and everyone loved it--and she got picked as Boo in the "role playing via video" part of the story, which she loved, and . . . it was a great experience. A great show. An excellent transition of the Monster's universe into a ride/show experience. If you've got kids and go to Disney World, don't miss it. All I'm saying. Toy Story Mania was fun, too.