The Mouse Is Toying With Us... 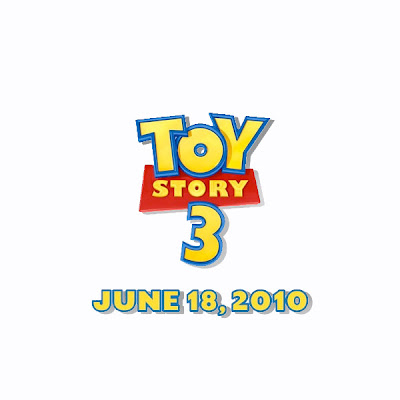 If you go see "Up" today, you not only get to see the best movie I've seen this summer. It's another Pixar classic. You also get the "Partly Cloudy" short, which is charmingly innocent and beautiful. You not only get to see the new "The Princess and the Frog" trailer on a giant screen. But you also get a teaser, not trailer will be attached to Up. But you also get to see the first teaser for "Toy Story 3" attached to the film. We're supposed to get a more detailed teaser when TS1 and TS2 are released in 3D and then an actual trailer for the film attached to "The Princess and the Frog" this holiday season.

But Disney has done something I didn't expect. They already released the teaser over at Apple's trailer website. So click here if you want to see it, but don't expect any footage. Remember that this film is over a year away and you'll have to wait till later this year to see anything actually from the movie.

I thought it was a cute teaser, but I have to admit that I was expecting a little bit better sense of how the movie will pan out. But I guess I will just have to wait until the holidays!

The other Pixar teasers didn't really explain much of the film. In fact, if I recall correctly, they didn't even have footage from the actual movies.

It's difficult to be worried about Toy Story 3 at all. Toy Story 1 and 2 pulled 100% each at RottenTomatoes.

Perhaps they're only playing with the 3D version?

No teaser at my viewing, either. Up was wonderful, though. :)

Anyone get a Cloudy with a Chance of Meatballs teaser when they saw up? I'm really curious about that one.

The teaser was only shown with the 3D version of the movie. This is unfortunate for those of us who won't buy into the scam of 3D. Leave 3D to the theme parks. I will never pay an extra $2 for the gimmick of 3D when theaters can't even make sure the picture quality of regular movies is halfway decent.

UP blew me away, what a fantastic movie. I expected it to be really good but Pixar went well beyond my hopes and expectations. Can't wait to own this one!

I saw Up in 3D on Friday (loved it!) but didn't get the short nor the Toy Story 3 teaser. Very disappointing.