What The Future Holds... 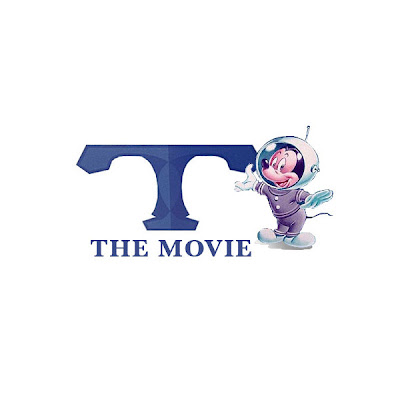 I tend to be pretty up on Hollywood projects, Disney projects in particular as you know if you read this blog regularly. But I really am out of the loop on this one. It's not that I've not heard ramblings about it. I simply thought it was a joke. One of those rumors that you brush aside because it's too ridiculous to actually be true.

I may be wrong. According to the writers of "The Hangover," Jon Lucas and Scott Moore, they are actually working on a "Tomorrowland" film. I had heard rumblings like I said, but hmmm... I guess it's actually in development for Dwayne Johnson. Here's what they have to say:

"In Tomorrowland his character's name is Rip. And he plays a present day test pilot who tests a plane and gets shot into the future, and so he's a sort of a fish out of water in the future and he is sort of figuring out how everything works. And the people in the future don't know who he is, and they think he's bad guy come to destroy the future."

I really don't know. I'm incredibly critical of a project like this, but if they've come up with a great concept and were able to execute it in a script you never can tell. I'll hold my powder dry until I actually read the screenplay or hear more about the project in the coming weeks. I guess I'll have to take those rumors of "It's A Small World" the movie a little more serious now.


Hat Tip to El Guapo over at Latino Review for the link to his original article.
Posted by Honor Hunter at 4:48 PM

That sounds like a joke even after you explain the plot, and that it's being developed for The Rock. I wouldn't keep my powder dry, shoot it now. Pull this weed out before it takes over your whole garden.

Actually, put him in a submarine and send him to the future, Cap'n Nemo in Tomorrowland. I wouldn't go to see that either.

I wanna hear something new about Lone Ranger, that could be good.

I can't wait to see the Lone Ranger movie also, that'll be great like the Pirates of the Caribbean of westerns. A Tomorrowland ride is at least something new and interesting, you can turn that into a great story, and the Rock is a great comedic action star, maybe make it like "The Rundown in Space," (Ha) that'll get everyone. I'd actually like to see a remake of the Haunted Mansion movie, something really scary. Movies based off of attractions can be really good.

I don't expect to see of a lot of stuff from the real Tomorrow land included in that movie. Isn't it a bit more subtle, like a movie based on the showcase of a great future that tomorrow land is ?

Anyway, we'll see. On the other wouldn't mind them doing a movie on what epcot could have been !


except- There's no running in Disneyland

What's up with Disney's love affair with deadpan middlebrow actors i.e.: Dwayne "The Rock" Johnson, Vin Diesel, and Nick Cage. They should do themselves a favor and actually get some interesting talent. I'm just baffled by the constant attention the "Rock" is getting from Disney.

But the idea of basing a movie on an entire land seems to be the next logical step following the success of POTC. But in reading a few articals about the script, it doesn't sound Disneyland related at all.

I remember skimming all these 'I love Disney but I hate everything since Walt died' blogs back when POTC was first leaked. They read exactly like this post.
"I really don't know. I'm incredibly critical of a project like this, but if they've come up with a great concept and were able to execute it in a script you never can tell."
You admit complete ignorance and yet feel the need to be highly critical, pretending to cover your bets with a lame "you never can tell."
So follow your own advice and STFU unless and until you have something of substance to say. Otherwise you're just a gossip columnist, a rumor-monger, a Rona Barrett for the new millenium.
And that's nothing to be proud of, trust me.

Oh, and spare me the straw man arguments and respond to the crux of my argument. It doesn't matter that i'm an anonymous poster; it doesn't matter this is usually a good blog and the authors are nice people. I'm saying this post is just trashy, poorly-written, knee-jerk speculation and I call BS. Deal.

If the post offends you then look for another blog moron. He said it sounded like a joke, but would keep his mind open. Sounds fair to me. You on the other hand sound like an idiot looking to pick a fight.

Honor's blog is filled with posts like this one and you're choosing now to piss your pants over it? If you don't like it, just don't read it. I agree with Blank- it just makes you look like someone who wants to pick a fight.

I asked you to spake the straw man arguments and address the criticism of the post. I apologize for asking too much of your addled minds.
Better luck next time, fanboy lovers. Thanks for playing!

Man shoots to the future and is a fish out of water. How many films can I think of with this plot? At least two off the top of my head, Austin Powers and Demolition Man. Anyone else want to chime in with others?

Bad idea in my opinion.

Oh Godammit!
Stop trying to convince us that "The Rock" is a good actor, Disney! You're not good at it!

this almost sounds as bad as having eddie murphy star in a movie about a mansion that is haunted. the mouse is better than this

"Man shoots to the future and is a fish out of water. How many films can I think of with this plot? At least two off the top of my head, Austin Powers and Demolition Man. Anyone else want to chime in with others?"

Back to the Future II

Honey, I'm in the future

Oops, I'm in the future

Test Pilot, astronaut, shot into the future, the people in the future think he's a bad guy come to destroy the future.

Planet of the Apes. Done.

Any other ideas for movies? No? Okay, good night.

Didn't they try this concept with "Meet the Robinsons?" I distinctly remember a throwaway gag where they showed Space Mountain with a sign out front that said "Todayland."

Revisiting that film a couple years after I'd last seen it this past weekend, it's really not that bad. Weak next to most Pixar features, but head and shoulders above the rest of the 3D animated drek out there. A well-done TL movie might be ok, if they can pull it off. But let me tell you, putting "The Rock" in any movie guarantees I won't see it. Ever.