Bird On A Mission... 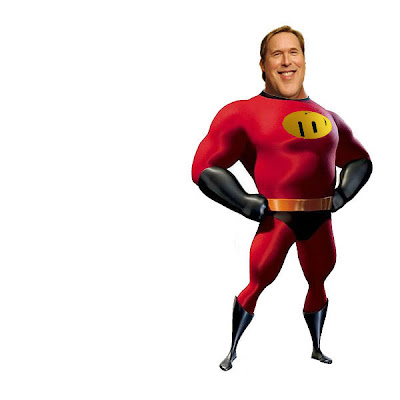 It appears that as Brad Bird's attempts at getting Warner Bros. to finally green lighting "1906" have gone nowhere. And now, J.J. Abrams and Tom Cruise are eyeing him as a possible candidate to direct the fourth "Mission Impossible" film.

This would make an interesting concoction; Jerry Maguire, Mr. Lost and Mr. Incredible working on the same film? Wow, now let's just cross our fingers that the script by Andre Nemec and Josh Appelbaum is good/great. Bird likes to write his own material, so I'm wondering should this thing actually go further; will he do a rewrite? Or perhaps he'd just be a director-for-hire?

Hey, for my two-cents, I think he should direct that "Superman" film that Nolan is producing, but I'm up for anything he directs. The man's a genius. Hopefully some day he'll be able to get the earthquake film going again, but I don't wish to wait much longer for a Brad Bird film. So if the skies align then maybe we'll see Ethan Hunt doing some really incredible adventures.

And then it's time Lasseter got him to make "Ray Gunn" for WDAS...
Posted by Honor Hunter at 9:42 PM

Worst idea ever. Leave big budget action to the pros.

Ya cause Michael Bay is such a top notch guy.....

I COMPLETELY agree! The Mission Impossible movies are COMPLETE CRAP! MOSTLY because they have destoryed what was a GREAT TV series.
The TV series was VERY cloak and dagger and NOT at all what the movies turned it into.
I think a better choice for MI4 is McG or Bruckheimer or Michael Bay or some other director that can direct pointless explosions and 0 plot.

If I remember correctly, when you first put this post up, you had a different visual for it.
I just inspiration kicked in eh? :)

Wow, it is so difficult for a director to make that cross-over to live action. We wish him well.