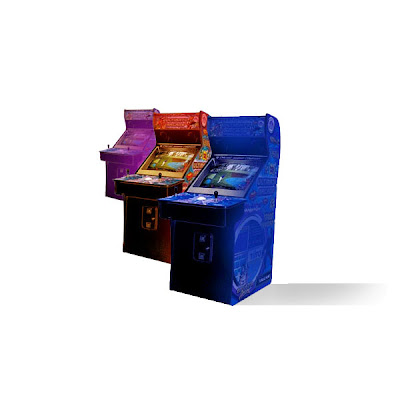 It seems that Hollywood's fascination with the Eighties is continuing...

But now it has moved beyond just remakes of 80's films to the culture. Particularly video games. I'm sure many of you saw the announcement that the classic arcade hit "Space Invaders" was being turned into a film. This follows on the news that a game based on "Missle Command" is being adapted. And we all know that "Tron Legacy" will be coming out late this year based on the 80's film about video games, which actually spawned an arcade game. This got me wondering what other games from that time period would be great or at least captivating enough for adapting into a film. Here's an incomplete list of films that Suits could/probably are going after.

Donkey Kong - The classic game that brought us Mario which has him rescuing the heroine from a giant gorilla. I'm sure Peter Jackson is salivating at doing this one.

Dig Dug - A little tunnel digger that is digging through caverns beneath the earth destroying little red monsters (Tomatoes) and fire breathing dragons (Fygars). I sense something Darren Aronofski would just love turning into a compelling story. Heck, he's already planned on "Robocop." 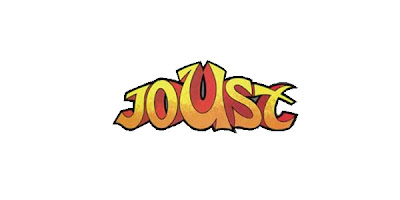 Joust - This tale of knights riding giant bird creatures among floating rocks brings to mind images of "Avatar" when thinking of the possibilities. But since Cameron is busy, how about Andrew Stanton once he finishes "John Carter of Mars?" 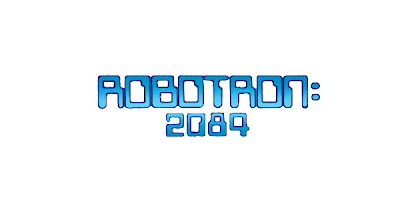 Robotron - Ironically, Disney sued Williams Electronics for the "Tron" part of the name. Apparently the Mouse's lawyers didn't know that tron was used before the 1982 by scientist and the world alike to discover things like, oh, electrons and such. How about Neill Blomkamp for this project? 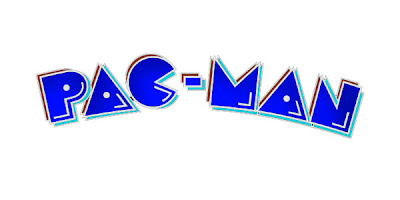 Pac Man - Who can ever forget this lovable little guy? Imagine a bizarre film featuring this fellow running around a glowing room looking for food. Only one man should direct this. Terry Gilliam, your future awaits you. 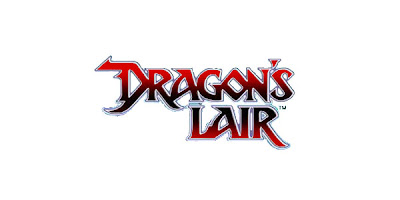 Dragon's Lair - And bringing it back home to Disney territory, former Disney animator Don Bluth created this sensation about a knight named Dirk the Daring, who attempted to rescue a beautiful princess, Daphne, from the evil dragon Singe, who has locked Daphne in a ancient wizard's castle. Who else to direct this, but Don Bluth of course. 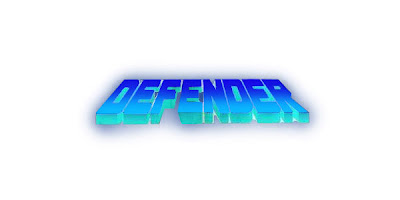 Defender - A lone fighter must protect his planets inhabitants while destroying an alien horde bent on control and domination. Steven Spielberg, call your agent. I think he has some news for you. 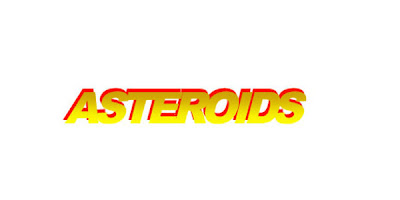 Asteroids - Out in an asteroid belt, a small spacecraft plots a course for its survival all while having to avoid hostile alien forces. Could this be any better a project for George Lucas? Oh wait, yes I forgot about that. Go back to the Ranch, George. We'll get someone like James McTeigue as a substitute. 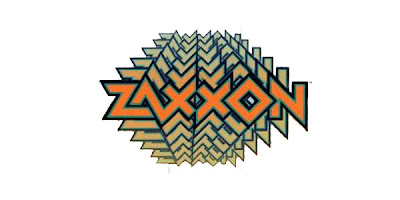 Zaxxon - Another space fighter game where you're trying to move through behind enemy lines and destroy their bases. I sense another opportunity for Tom Cruise and J.J. Abrams to work together! 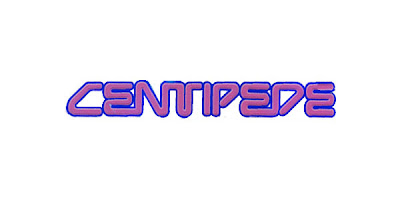 Centipede - A distant traveler on a strange and exotic planet encounters strange and horrific insect like creatures that he/she has to destroy in order to survive. How about we get Rob Zombie to direct this one? It can't be as bad as his Halloween remakes can it? Can it? 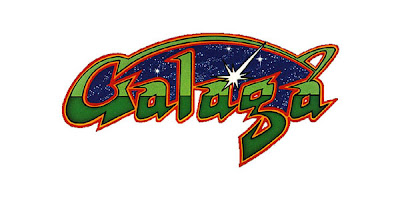 Galaga - A space warship encounters an alien armada heading toward his home and has to destroy it all by himself. Could this be "The Last Starfighter" game adaptation? No, but it sounds like it. Let's call up Ronald Moore and have him work on this. He did an impressive adaption of "Battlestar Galactica" so why not this?

Castlevania - Simon Belmont, a descendant of the Belmont clan of vampire hunters, travels to the dark and foreboding fortress of Dracula, Castlevania. There he fights all the evils until he meets the famous vampire in a battle that apparently Von Helsing couldn't finish. Kind of like "Bram Stoker's Dracula" meets "Indiana Jones." Francis Ford Coppola could come out of his semi-retirement and do this one with his eyes closed. 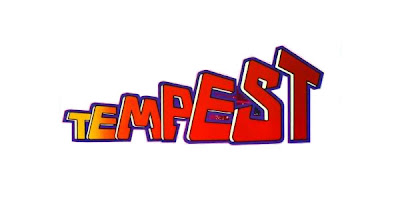 Tempest - A bizarre world where you have to survive a gauntlet of creatures that come at you from strange dimensions. This seems opportune for a director such as David Lynch to pull off. 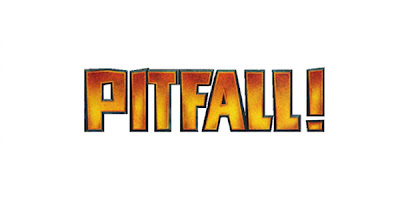 Pitfall! - Ok, this one didn't start out as an arcade game but it did become one later when Sega licensed it from Activision. It was a fun game when it came out in the 80's for the Atari and could prove to be a great film. If you're going to rip off Indy, then Pitfall Harry is the one you should do it with. Now, who is in between projects right now that could handle this? Steven Sommers perhaps? 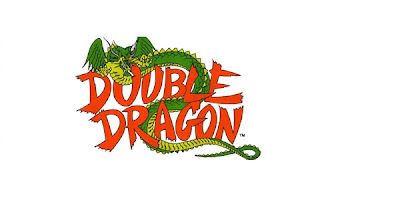 Double Dragon - Billy Lee and his twin brother Jimmy (known as Hammer and Spike), fight through the gangland of the Black Warriors gang to rescue their mutual love interest Marian. Now this film screams of cheesy, 80's kung fu/karate films. Who better than Sam Firstenberg to direct and Golan-Globus to produce. Perfection. I wouldn't even know it was a new film.

Pole Position - A racing game? With fast, Formula One race cars and add in some hot girls and slick shiny action? Is there anyone out there besides me that can't imagine Michael Bay directing this? The film he was born to do!

Well, that's my list. And time to fess up. Of course some of these films would make great adaptions, while others would be a desecration at least and a challenge at best. I'll let you guess which ones are deserving of an actual good film and which ones would simply be giant hole through which money is dumped. Now that might make an interesting arcade game.

But just think how many quarters you'd have to drop in...
Posted by Honor Hunter at 12:04 AM

Maybe they should cast Hurley from Lost as Pac-Man.

A friend of mine who works in marketing says that what is retro and fashionable now is what was modern 25 years ago - meaning the 1970s were all the rage in the early millenium, and the 1980s are in now. Interesting, right? By that logic, 1990s culture should be popping up in the next 10 years or so.

Well at least one of your predictions is already a reality. Universal actually secured the rights to a film version of 'Asteroids' last Summer. It was reported in the Guardian (London), link to the full article here for anybody who's interested:

Actually, "Asteroids" is in development, about as far along as "Missle Command" if the rumors are true...

How could you forget this? http://en.wikipedia.org/wiki/Double_Dragon_(film).

The 1990's actually had culture? What? Grunge Rock? No thanks. The 1990's were the dullest decade in modern history.

They actualy alerady made a Double Dragon movie in 1994 with Scott Wolf(Party of Five), and Robert Patrick(Terminator 2), it was the worse movie ever produced!

hahaha that is hilarious! I played all those games. Movies for them probably not. Maybe Centipede the horror movie!!

What about Gauntlet? Four characters -- the Wizard, the Valkyrie, the Warrior, and the Elf -- going up against ultimate bad guys.

I could envision interesting script development based on that unlikely foursome.

We already had it. It was called "Lord of the Rings."

I liked Pitfall the Mayan Adventure on the Mega Drive. It was fun.