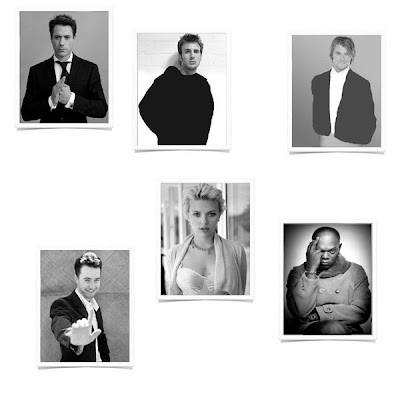 This was going to be posted last week, but things happen. And then the antibiotics kicked in. Really, I think 2012 is going to be a great year for film in general and Disney in particular. Why not Marvel? Well, it will be good for them as well, but even though "Avengers" is being distributed by Paramount, you can bet that the Mouse is rooting for them, because the Walt Disney Company/Walt Disney Pictures is going to be the one to truly benefit in the long run. Why can that be you might be wondering? Well, most (not all) of those actors are signed to multiple deals and presuming the film is a huge hit then you can expect a sequel(s). When a second adventure comes out with these fellas in tights you can bet that it's going to be under a Disney moniker, or a Touchstone one.

And that year is going to produce some interesting and exciting films that audiences are going to be drawn to. Andrew Stanton's highly awaited live-action directorial debut of "John Carter of Mars" will finally be seen. We may even get a "Superman" film depending on how fast things progress (although 2013 is the likelier result). Unless it's delayed again we can expect to see "The Lone Ranger" with his Indian sidekick Tonto Depp also. Sony will have their "Spider-Man 4" reboot, based on Ultimate Spider-Man that summer. A new "Star Trek" feature will be beaming into theaters about this time. A return journey to Middle Earth should be halfway through as the second part of "The Hobbit" gets released (presuming the sale of MGM doesn't delay production, of course). The Ron Howard/Tom Hanks "The Lost Symbol" should be boring audiences, I'm sorry, I meant boring me, by then as well. Should luck drop on us like a ton of bricks or perhaps a giant rolling ball, we may get a fifth Indiana Jones film (possibly in a wheel chair this time). The Bryan Singer produced "X-Men: First Class" will likely come out the year before so we could possibly have "X-Men 4" this year as an added bonus. Oh, and Walt Disney Animation Studios will have a picture out that year as well, and it won't feature a princess from all the pitches I've been hearing that Lasseter and Ed and Co. have been taking.

Several other films are still being determined, but you can see from this partial list that this will be a big, big year for film. Even though Disney won't be part of several of these films, they will profit from them since the characters starring in them are owned by them. I'm sure Bob Iger will ultimately want these films to fall under his own studio, but he seems more than willing to wait them out in a decade long game of patience. But for many pop culture geeks/comic book nerds/sci-fi devotees, "Avengers" will be numero uno.

So the Mouse will be rooting for a film that isn't even under it's studio to be a great hit for that summer. Because a giant blockbuster for Paramount in 2012 means an even more anticipated sequel under Disney in 2014/15. So 2012 can't get here any sooner for the Burbank Suits at Walt Disney Pictures and their long term plans.

There goes that year again...
Posted by Honor Hunter at 8:48 PM

Can you tell me, Hunter - what makes Disney special anymore? Mickey Mouse now takes a back seat to Kermit the frog, and instead of an Incredibles sequel we will get Marvel movies under the Disney banner.

I used to love Disney movies. They were special. Seeing that castle in the beginning of a Disney film sent my spirits soaring. Now it might as well be the 20th Century Fox Fanfare, the MGM Lion, or the Dreamworks Moonfisher, for all it matters anymore. All the studios are the same now - except that Dreamworks and 20th Century seem more interested in creating new characters, while Disney just buys up old ones.

Disney sucks now. This long-time Disneyphile has hung up his ears. Poor Walt. Thank god he never lived to see this.

The only thing missing is the co-founders of the original team, Hank & Jan. It can't truly be the Avengers without them IMO. I'd like the future additions of Hawkeye, The Vision (my personal fave Avenger) and Scarlet Witch (plus later additions of Ms. Marvel, Wonder Man, Beast and maybe even Jocasta)! Also, for villians, we need Ultron, Kang and maybe even Michael/Korvac!

There may be a follow up from Christopher Nolan's film called "The Dark Knight" also coming out in 2012. I'm just sayin'.

Isn't Paramount just getting a distribution fee? Doesn't the lions share of the movie's profits still go to Marvel/Disney???

say what you will, but I really feel like 2010 is the year of the mouse, with Alice in Wonderland, Toy Story 3, Prince of Persia, Sorcerers Apprentice, Tron, Repunzel and everything inbetween, this will surely be a solid year for the mouse house.

None of those guys look like John Steed or Emma Peel :)

Jarvis the Butler is an AI said...

Although I also assume Disney will be rooting for Avengers to be a big hit. I'm not so sure the deals are as simple as "done this and then its yours". Well Hulk for one will have to be a re-negoiation if they want him to return, and I'm sure Paramount have some other rights to one of the other franchises from before the 'Avengers-Universe' movies. Not sure if those stand.

So we have...
Iron Man
Hulk \ Banner
Thor
Cap America

What about an original Avenger? How about Ant-Man and Wasp?

Shame they've not really been pushing that hard like the other 4 characters. Its been on the cards for longer than all of those and nothings been done. They shoulod have brought it back under their wing sooner.

Any news on the Ant-Man movie?

"Although I also assume Disney will be rooting for Avengers to be a big hit. I'm not so sure the deals are as simple as "done this and then its yours". Well Hulk for one will have to be a re-negoiation if they want him to return, and I'm sure Paramount have some other rights to one of the other franchises from before the 'Avengers-Universe' movies. Not sure if those stand."

"Isn't Paramount just getting a distribution fee? Doesn't the lions share of the movie's profits still go to Marvel/Disney???"

The deal with Paramount is a distribution deal where they get a percentage of the profits of each film while Marvel fully finances it themselves. The deal was for five pictures starting with "Iron Man 2" and the "Avengers" film will be the fourth of that deal. One more film, sometime in 2012/13 and the deal expires. Marvel will not renew as the company now has a home that already has a distributor - Walt Disney Pictures.

As for the Hulk, I believe those rights were taken back when the Ang Lee film didn't do well enough and Marvel did the second film themselves. So I believe there will be no need to renegotiate. The only thing they have to do is convince Edward Norton to return...

Not an easy task, but not impossible either...

Oh yeah, 2010 will be the Year of the Mouse allright... without the Mouse. The Magic Kingdom has lost its mojo.

Wow. That first poster in this comment section just really wanted to rant.
There is far too much negativity on the Internet these days. Fortunately there are still some places where people are positive, like Honor here at Blue Sky Disney.
Its just unfortunate that there are still places like that complete joke of a blog; Red Sky Disney,
Its a real shame that it was basically a cynical rip-off of this far superior Blue Sky Disney blog.

I have a feeling that any movie that comes out featuring the Marvel characters will probably be under the Touchstone label rather that the Disney Pictures label. It seems to me that it would fit better. But either way, there is certainly a lot of potential with the Marvel characters.

I'm a bit relieved Chris Evans got the Captain America gig. Channing Tatum has the personality of a wooden plank. And while it's weird the same actor who portrayed the Human Torch will also be Captain America, whatever. At least he has personality. Now I hope he doesn't portray him as a smarmy jackass, like he did with the Torch.

"Oh yeah, 2010 will be the Year of the Mouse allright... without the Mouse. The Magic Kingdom has lost its mojo."

That is just your opinion. Now please stop repeating yourself.

Please allow people to be positive if they want to be. There is NOTHING wrong with being positive.

You're right, it is my opinion and I was not repeating myself as it was my first post. And yes, the internet has become a haven where effete snobbery persists and intolerance to the opinions of others when they disagree that everything should always be positive and happy. Maybe you should stop taking your Zoloft and see reality for what it really is instead of your delusional fantasies that everything is just hunky dory.

Turn that frown upside down! :-)

In 2011, the Little Mermaid ride will open at DCA!

"...that everything is just hunky dory."

No one here is saying that, and no one is delusional.
I myself am well aware that things are not perfect, but that does not mean that I can't be cautiously optimistic.

Those insults were uncalled for.

If that is what you think of people who are trying to be positive, then obviously Honor Hunter's Blue Sky Disney blog is not for you.

And that is my final word on this matter.

Honor; since you are moderating comments, don't you think you should be a little bit more discriminating in what you approve?
A lot of confrontations tend to erupt, and often escalate into insults and mud-slinging.

I mean, healthy debates are fine of course, but I think when people start insulting each other and make disparaging remarks, its going way too far.

everyone is entitled to their opinion. negative or positive. i am excited for the upcoming films coming out under the walt disney banner. I don't feel they've lost all their magic, it's still there, times are just different then they used to be, that's all.

Honor-
I know that this might not be the best place to ask about this, but do you happen to know when the Silly Symphony Swings are supposed to open?

Also, is it true that World of Color has been delayed to Summer?

do you have any insight as to what the 2012 picture is coming out of disney animation?

Oh jeez Honor. How can you tease us with that little tiny piece of news about WDAS?! You drive me crazy on purpose. Really excited to hear more about the future of Disney animation... hopefully sooner than later.