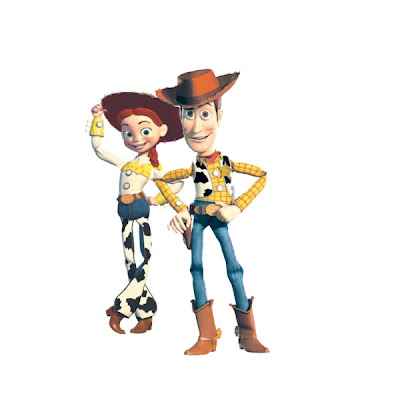 That got your attention...

No, I'm not talking about another sequel to the beloved 1995 classic film. But I am talking about more adventures of Woody, Buzz and the gang. The kind that you can be involved in.

When Toy Story 3 opens up later this summer, DCA is going to be in the middle of its expansion, the World of Color water show will be dazzling throngs of fans coming through the gate and you will be barraged by everything Toy Story.

In addition to all the merchandise the Mouse will have for you to spend on there is going to be something more for you to do. Midway Mania has been a huge success for Imagineering, but believe it or not, there has always been more planned for the attraction. Its design has allowed for short down times where the software is updated so that new/different games can be played. Unlike the Haunted Mansion, this ride could literally be down for days, not weeks and then back up again with completely new fun for guest to enjoy.

It's been know that WDI had plans for a Halloween theme and a Christmas theme for the attraction since it's conception. One thing you may not know, but when all the dialog was recorded for Mr. Potato Head, there were tons of tracks put down for thing for him to say. Contrary to the small amount of conversation he has with the guest, there is treasure trove of punchlines, one liners and corny jokes that will/could keep him going for a decade. Like what? Did you know there were Christmas songs recorded for the spud to bout out to guest in line during the holidays? And although there was no holiday layover for the last two year, there are plans for one in the coming future.

Come this summer, there will be something else though. When a new Toy Story film comes out on June 18th there will be an exciting surprise waiting for those in line to ride the attraction. New games. That's right, when you go inside to ride Mania after TS3 opens there will be whole new games to enjoy. The Imagineers have created a whole new collection of things to shoot with those pull string cannons for you to enjoy. It's also a way for Disney to test the strength's of the old games and see which ones fans like and which ones could just go away. There are no plans yet as to when they'll go away. It depends on how long those lines grow and how much time guest have to wait before a decision will be made to return the attraction to its original games. Should they prove popular, it could be quite sometime before you see them return.

As for a decision on the Christmas/Holiday overlay, that hasn't happened yet. It's unclear if there will be one starting this year or if they'll hold off through the expansion until next year, but it is coming. Until then, bide your time until the new overlay takes place this summer.

And who knows, there might even be more Toy Story surprises for fans later this year that are still under wraps...
Posted by Honor Hunter at 12:22 AM

A holiday overlay for Toy Story Mania would be AWESOME! Plus changing up games would be a great thing as well. Not that I don't already love TSM. It's one of the first places I go to when I visit DCA.

Very cool. I love the ride and this should be very fun.

I had suspected that they would update the games to coincide with Toy Story 3.

Also, it was mentioned by Kevin Rafferty in an issue of the Disneyland Annual Passholder newsletter that Mr. Potato Head would/could be updated to have seasonal touches. So I expected that as well. I'm glad that they are finally going through with Mr. Potato Head's seasonal dialogue.

Already knew this was happening.

In other news, Toy Story Toons has been registered as a domain name. So likely that there are some CarsToons like shorts coming.
Those that were kinda announced before with the Pixar-Canada thing.

Any date set for the premiere of World of color? I know you mention it will be ready by the summer opening of TS3, so does that mean we have to wit until Junde now?

This ride is sounding more like Terminator Story 3 (TS3). Rise of the Mania.